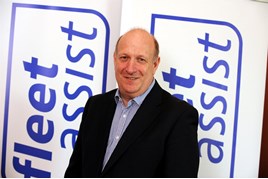 Fleet Assist says it’s too early to call the reasons behind an increase in fleet service, maintenance and repair (SMR) costs during the coronavirus crisis.

The company, which has a network of almost 5,000 franchised dealers, independent garages and fast-fit outlets, told Fleet News that the average invoice value for jobs has increased since the first lockdown was introduced in March.

Vincent St Claire, managing director of Fleet Assist, explained: “It’s hard at this stage to understand fully what has been driving that, but we suspect there was a lot of LCVs doing high mileage, so the repair work, by its own nature, would have been higher in value.”

Epyx, operator of the 1link SMR platform, has previously urged fleets to consider the risk from incurring additional SMR costs by extending contracts.

According to industry data, costs can spike around the point of the first MOT at three years, which is also where the warranty ends for most major manufacturers.

Usually, there are few maintenance actions concerning contract-extended vehicles on 1link Service Network but, in 2020, the numbers have been significant. A comparison for April-August 2020 with the same period in 2019 showed increased SMR for vehicles that had passed their stated contract end.

Overall, around 10,000 additional routine services were carried out at a cost of £1.6 million, said Epyx.

Also, despite the Government’s temporary suspension of the requirement for MOTs, announced during the first lockdown, there were a further 11,000 tests for company vehicles at a cost of around £550,000.

LeasePlan reported a 50% rise in contract extensions while, year-to-date, fleet and business registrations (728,462) are now 34% lower than the 1.1 million cars registered in the first 10 months of 2019.

Epyx commercial director Debbie Fox explained that the decision by fleets to extend the life of a vehicle was probably two-fold.

“On one hand, getting hold of new vehicles and having them delivered was very difficult during the period in question,” explained Fox. “On the other, some fleets were undoubtedly extending contracts on existing vehicles, almost certainly to minimise future financial commitments, while they took stock of their situation.”

However, St Claire argues that the focus on fleets extending contracts resulting in increased SMR costs is a “minor” factor behind the recent upward trend.

“It’s more about the sample of vehicles having work done to them,” he said.

Indeed, many fleets reported that their company cars were parked up during the first lockdown, while some sectors, particularly home delivery fleets, saw demand grow.

An interesting dynamic of the pandemic is that some of those fleets, which remained operational throughout the initial lockdown, may have used an independent garage for the first time, says St Claire.

He told Fleet News that during the first lockdown, more than two-thirds of independent garages remained open, compared with less than one third of franchised dealers.

“The reaction from the independent, fast-fit and franchised garages was quite different,” explained St Claire. “We saw up to 70% of the franchise network quickly close down.”

That, he suggests, was down to them being linked to sales operations, which were forced to close, while about 70% of independents and fast fits remained open.

St Claire said: “It meant we were able to provide national coverage and to all different types of vehicles.”

Fleet Assist does not deal directly with end-user fleets. Access to its network is delivered through its lease company customer base. This includes Alphabet, Tusker and Ogilvie Fleet and, altogether, equates to some 1.1 million vehicles operated by FN50 leasing companies.

“We were able to keep their customers mobile during that period and some of those were essential users, both commercials and cars,” said St Claire.

The closure of some franchised operations also gave fleets the opportunity to experience different outlets.

“More work was done by independents during that time and continues to be done by them,” St Claire added. “It’s increased the confidence of customers in terms of looking at other outlets to have those vehicles serviced.”

Fleet Assist says it remains ‘agnostic’ as to how its customers use its network of garages, with work direction determined by its customer policies.

This article was first published in the November edition of Fleet News.

Fleet Assist has announced that more than 80% of its garage network is now capable of working on hybrid and electric vehicles.

Replacement brake pads and discs are the most common reason UK fleet vehicles enter workshops, according to analysis by epyx.