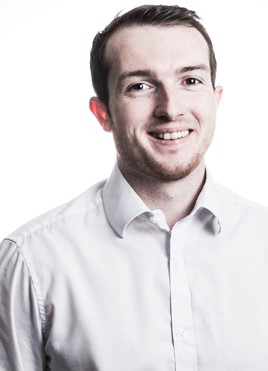 Licence Check has launched a single sign on (SSO) framework to improve efficiency and security for end-users in the latest update to its cloud-based DAVIS (Driver and Vehicle Management Solution) application.

SSO is an important aspect of a modern, effective security policy and gives a company user access to multiple applications and services from a single user login, cutting the need for multiple usernames and passwords for different applications, says Licence Check.

Simplifying the login makes life easier for employees and promotes better security by reducing the potential for errors.

As companies expand the number of software applications used for their business processes, SSO authentication has become increasingly attractive for organisations that wish to tighten up security measures by providing a single point of user access management, explains Licence Check.

This means that company administrators are able to manage users far more efficiently by permitting and preventing access to multiple applications in a single process.

James Povah (pictured), senior developer at Licence Check, which is part of the Ebbon Group, said: “Single sign on has become increasingly attractive as the demands for higher and higher degrees of security and productivity are placed on modern applications.

“Some of the greatest challenges of developing a modern application are meeting those security demands and ensuring that these safeguards are not detrimental to usability. SSO brings the best-of-breed levels of authentication to our applications and leaves us free to focus on the application’s core functionality, without compromise.”

He continued: “As DAVIS supports large corporations with thousands of users, it became a pressing requirement that the application should not only offer the security of a modern authentication method but also give customers the productivity benefits SSO provides.

“We have collaborated extensively with one particular client who operates a large grey fleet, to ensure that this implementation meets the demands of a large corporate user and we are pleased to now offer this as an option within DAVIS.”

Another additional benefit of enabling the new authentication process is the client will also have the DAVIS platform hosted on a sub domain, branded with its own logo and house style to provide a customised interface for a consistent look and feel, says Licence Check.

General manager, Terry Hiles, concluded: “We are convinced that single sign on is a major step forward in the authentication and security process and that it will increasingly become the standard for the industry.”

Licence Check has launched an online audit module, Driver Audit, in anticipation of an increase in grey fleet drivers due to the Coronavirus pandemic.

To mark the first anniversary of Brexit, the Government has unveiled new designs for driving licences and number plates without the EU flag.