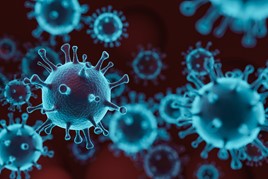 62% of fleet managers said their supply chains were disrupted due to the pandemic and 51% said they had to make significant cuts to their operational budget.

Almost three in five (58%) said that following health and safety regulations such as social distancing had made the business less efficient and the majority (52%) said that it has been difficult to comply with changing guidance.

Two-out-of-five fleets expect the number of company cars they operate to decrease over the next 12 months, a recent Fleet News survey found.

The downsizing of so many vehicle fleets follows a tumultuous year for the industry, which saw significant numbers of company cars and vans stood idle, as many businesses were forced to shut operations during the pandemic.

Almost three-quarters (72.6%) of respondents to a Fleet News survey during the first lockdown, said fewer than 10% of their company cars were being driven for work.

Three-in-five fleets (59.3%) reported having drivers furloughed, while a third (32.7%) said less than 10% of their company cars were being driven for work.

The Verizon Connect research found that technology played a key role in helping fleet managers during the pandemic - half of respondents said they adopted new tools to boost efficiency and 49% said that they would not have maintained business continuity or achieved success without a fleet management solution.

Derek Bryan, vice president EMEA of Verizon Connect, said: “Businesses of all shapes and sizes are under the pump because of the pandemic. SLAs are getting harder to hit, budgets are shrinking, and regulations are constantly changing.

“During these difficult times, fleet managers need the right tools that help make their business better and adapt when a spanner is thrown in the works.”

“The research shows that fleet management tools are the key to unlocking the best of your business. From aiding with new regulations such as contact tracing, to giving total visibility of vehicles and assets, helping to improve safety and driving efficiency – the right fleet management tool is the key to getting an advantage over the competition and ultimately to survival.”

The independent research, commissioned by Verizon Connect, was conducted by Censuswide and completed on November 23, 2020.

The findings were generated by interviews conducted with 409 fleet managers and decision-makers who operate fleets of between three and 500 vehicles.

Electrification and Covid-19 are biggest fleet challenges in 2021

Ashley Barnett, head of consultancy at Lex Autolease, looks at why Covid-19 provides fleets with the perfect opportunity to become greener.