Battery failure ‘most common cause’ of breakdown 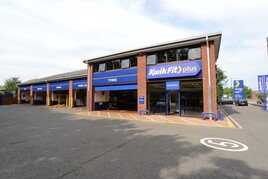 More than one in three drivers (36%) have broken down in their current car, new research from Kwik Fit suggests.

Furthermore, more than a quarter (26%) of those who broke down in their current car did so in the past six months.

The study found the biggest cause of drivers’ most recent breakdowns was battery failure (17%), yet only 4% are most worried about their own battery failing.

The component most car owners are concerned about are their brakes (15%), yet brake failure was the cause of only 3% of drivers’ most recent breakdowns.

Londoners appear to have the most unreliable cars, according to the research, with 66% of drivers in the capital having broken down in their current car, almost twice the national average of 36%.

Either through good luck, or good car care, says Kwik Fit, the least likely to have broken down in their current car are drivers in the East of England and Wales (21% of drivers in both regions).

As the nation moves back towards more normal travel patterns with easing of lockdown restrictions, the Kwik Fit research provides a timely warning to those commuting by car, particularly grey fleet drivers.

Almost a third of drivers (31%) experienced their most recent breakdown on a journey relating to work – either driving to or from work (22%) or travelling as part of their job (9%).

As well as being most likely to have suffered a breakdown in their current car, Londoners have paid the highest price for their most recent repair – on average facing a bill of £437.60.

This is £100 more than drivers in the second most costly region, the South East (average repair cost £335.10) and almost twice as much as drivers in Wales, the area with the lowest average cost at £221.90.

Roger Griggs, communications director at Kwik Fit, said: “It’s clearly vital that drivers keep their brakes in good condition, but this new research bears out what we have seen for many years - that one of the most common causes of motoring headaches is a battery problem.

“Sometimes batteries will fail out of the blue, but usually there are warning signs in advance, such as a car taking longer to start on a morning.  It makes sense for drivers to get their battery checked regularly, that way any problems can be detected before they’re left stranded.”

The Kwik Fit research was carried out by Opinium among a nationally representative sample of 2,005 UK adults, with fieldwork taking place in February 2021.

It comes after separate research from the RAC cuggested that there were the equivalent of 52 pothole-related breakdowns a day between January and March 2021, new data from the RAC suggests.

Despite the lockdown, RAC patrols assisted 4,694 drivers who had most likely broken down as a result of hitting a pothole in the first three months of 2021.

Kwik Fit has agreed a six-year deal with Lex Autolease, the largest deal by value and forecast tyre volume that Kwik Fit has ever secured with a leasing company.

The breakdown and recovery company says that there were the equivalent of 52 pothole-related breakdowns a day between January and March 2021.