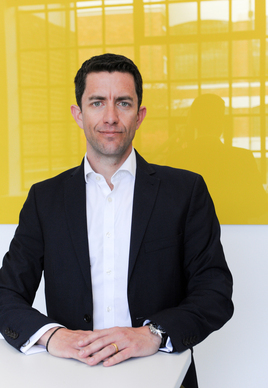 Willmott Dixon has switched its car funding policy from a standard three-year operating lease to a salary sacrifice scheme.

The move, which was implemented at the start of 2021, will see the construction and property services company retain its funding panel approach via fleet management provider CLM, ensuring the business continues to benefit from competitive pricing.

The scheme was built and launched during the heights of the Covid pandemic by CLM in consultation with Willmott Dixon’s sustainable transport team, chaired by chief financial officer Graham Dundas (pictured above).

It replaces the traditional lease scheme which funds 450 cars; a further 1,050 staff choose cash and Dundas hopes salary sacrifice will encourage them back into the scheme.

The primary driver was a new Willmott Dixon sustainability strategy called Now or Never which introduces a series of ambitious targets, including becoming net zero by 2030 without offsetting (the company has been carbon neutral since 2012 with offsetting). This involves moving to a 100% electric fleet.

Salary sacrifice presented the ultimate shortcut to rapid carbon emission reductions thanks to the appeal of the significant tax advantages for electric vehicles. By extending the scheme to all 2,200 employees, not just job-need drivers, it also offered a way to expand the flexible benefits package.

“In introducing salary sacrifice, we are seeing the number of people coming back into the scheme increasing quickly – more than 175 have opted in and placed orders since January, many of which are additional to the 450 car drivers,” Dundas says.

“A lot are coming from the grey fleet where average emissions are much higher than the company fleet – around 134g/km versus 106g/km. Average emissions on the vehicles being selected under new scheme are just 15g/km.”

Crucial to cementing the decision to change the entire car policy to salary sacrifice was the retention of the panel of funders: Willmott Dixon does not tie itself to a sole partner.

“Having a panel of funders gives us great benefits on competitive pricing and it has delivered significant cost savings over the years, around £150,000 per annum on the current fleet,” Dundas explains.

“Our contract hire went to our nominated panel of five providers and we have embedded that into the salary sacrifice approach, so our drivers get the benefit of our buying power and the benefit of competition through the panel.”