Driving licence backlog for motorists with medical conditions up 65% 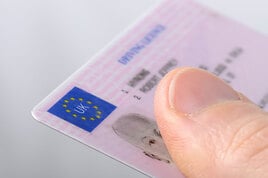 The number of drivers waiting for a medical driving licence has increased by 132,869 in 12 months, new figures suggest.

A medical driving licence is issued to a driver who suffers from a condition that needs to be declared to the DVLA. This can include diabetes, sleep apnoea, epilepsy or a heart condition.

Drivers with a notifiable medical condition account for 39% of more than 800,000 people in the UK who are waiting for a new driving licence. The research conducted by Heycar also suggests they are waiting up to six months for their licence in some cases.

The DVLA says it will reach ‘normal’ turnaround times for paper drivers licence applications (up to three weeks including some time for postage) by the end of May, while for medical applications, the target is for 90% of cases to be processed within 90 days by the end of September.

Heycar’s consumer editor Sarah Tooze said: “While some may be able to drive while their application is being processed this isn’t the case for everyone - and many are too scared to take the risk as they are unclear on the DVLA guidelines.

“But an even greater source of anxiety for drivers with medical conditions is simply not knowing what is happening with their application. They accept the Covid-19 pandemic has caused delays but not hearing from the DVLA or being able to speak to anyone for months on end is unacceptable.”

The DVSA says that delays have been caused by the Department of Health and Social Care asking it to pause referring cases in December 2021, and January 2022 to allow the NHS to focus on the vaccine booster programme.

Referrals to doctors have resumed but it urged people to not contact DVLA for an update as it will be in touch as soon as it has the information from their GP or medical professional to allow it to make a licensing decision or to request further information.

Furthermore, it says it is still seeing the impact of the 58 days of industrial action that the PCS union took during 2021, which included the month-long targeting of the drivers’ medical department which led to significant backlogs of paper applications in that area.

It added: “We are working hard to process your medical related application as quickly as we can, and we aim to be back to normal processing times by September 2022.”