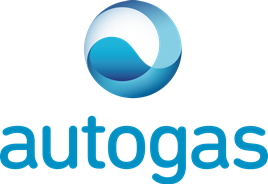 Autogas has completed the first phase of appointments to its new nationwide network of LPG conversion workshops.

Located in key strategic locations around the UK, including Edinburgh, the north-east, Birmingham and the north-west, the five workshops were selected after rigorous assessments to ensure they are technically competent and deliver service to the very highest standards.

Linda Gomersall, general manager of Autogas, said: “This pioneering scheme is part of our long term vision to place LPG as a leading solution to the growing problem of air pollution. In making autogas LPG conversions more readily available and ensuring converters deliver the best service for fleet operators and private individuals, we expect that many more drivers will be making the switch to the cleaner fuel which also helps to significantly lower their fuel bills too.”

Autogas anticipates the demand for LPG conversions to take on extra significance in the coming months, following the recent Supreme Court ruling that ordered the UK to prepare new air quality plans for submission to the European Commission before the end of 2015.

Having consistently breached EU emission limits for nitrogen oxide (NO2) in recent years, a pollutant most commonly emitted by diesel engines, the new Government will be forced to address the issue and offer more radical plans to improve UK air quality.

As LPG vehicles emit less than 80% NO2 compared with diesel vehicles, Autogas believes its new conversion network is "ideally placed to assist drivers in making the switch to a cleaner alternative".

Gomersall concluded: “With air pollution responsible for up to 29,000 deaths per year – more than obesity and alcohol combined, and equivalent to a town the size of Stratford upon Avon – we hope our growing network of expert specialists will become an integral element of the UK’s plans to improve air quality.”

Following the initial recruitment phase, Autogas intends to add more members throughout the year, with plans to grow the network to more than 20 members by the end of 2015.