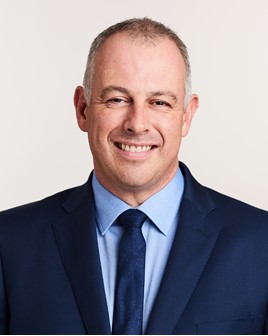 Research from fleet management company CLM suggests that 60% of company car drivers are more likely to choose an alternative fuel vehicle (AFV), rather than a traditional petrol or electric vehicle, for their next company car.

Survey results factored in the views of more than 1,300 company car drivers.

Andy Short (pictured), CLM commercial director, said: “Senior stakeholders in many organisations are seeking to increase the proportion of AFVs on their fleet for environmental reasons, and company car drivers are keen to take advantage of the tax savings on offer by selecting these vehicles.

“This demand is being supported by improvements in technology, which mean that even pure electric vehicles are becoming a viable option for the majority of drivers’ journey profiles.

“Reductions in delivery times, falling prices and more robust residual values are making AFVs a more compelling option for both employers and employees.

“In fact, more than half of the company car drivers in our survey stated that the key factor influencing the timing of taking an AFV was simply the end of their current vehicle contract.”

The study also suggested that concerns over the availability of charging options was perceived as a key disadvantage when choosing an AFV.

Overall, the consensus from the study was that although AFV availability and delivery times have improved, there are still remaining supply issues that prevent the overall registrations from a drastic increase.

Short concluded: “From an employer’s perspective, list prices for AFVs remain higher than their ICE equivalents and, while residual values have been improving, they are not strong enough to bring headline rentals in line with those of traditional vehicles, particularly with the low levels of manufacturer support currently available.

“This puts pressure on car policies, as fleet decision-makers attempt to improve availability of AFVs within the restrictions of seniority-based monthly rental bands.

“That’s why we’re only seeing plug-in hybrids available on around 60% of choice lists and BEVs on around 40%.”

The Government recently added the incentive of no company car tax on electric vehicles.

A new online tool from Arval is designed to help company car drivers decide whether more diverse fuel choices such as electric and hybrid power is right for them.

Business drivers have a choice: cash allowance or company car

Company cars may soon become less of a status symbol as employees instead focus on efficiency instead of badge appeal, says FleetCheck.