Autonomous ADAS systems have a long way to go 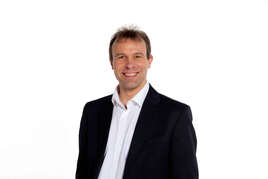 As vehicles become increasingly capable of controlling key driving elements, it seems only a matter of time until full autonomy becomes the final, ‘small’ step.

But will these systems, introduced piecemeal, work well enough together for that ultimate step to be taken or will a completely new piece of technology be required?

Current ADAS is easy to fool. We’ve had countless experiences of cars applying the brakes when bags fly in front.

Our own Volvo S90 long-termer has a habit of touching the brakes while passing parked cars on narrow stretches of road or on bends – it’s a weekly occurrence.

The software appears unable to predict movement (or lack of it) of our car or others and reacts.

These (support) systems have some way to go. And, as sadly shown by the recent Uber fatality, so have some of the autonomous software systems under development.

But that’s not to say that progress isn’t being made.

Google-owned Waymo will roll out a self-driving ride-hailing service in the US within the next few months after announcing a tie-up with Jaguar Land Rover.

Its cars have driven five million miles since launching in 2009 on public roads; now they are operating with no one in the driver seat.

Its predictive software identifies how cyclists, pedestrians and other cars might behave and what that means for its own actions.

Waymo has a good track record, but there are unanswered questions around regulation keeping pace with the rapid development of this technology.

This is one instance where greater government intervention is advisable.

New A8 has self-driving capability, but laws require amendment to enable its use.

The European Commission publishes its proposal on the revision of the General Safety Regulation this May.