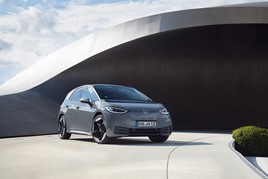 Diesel is officially the least popular fuel type in Europe, according to analysis of new car registrations across the continent in September.

A decade ago, diesel registrations accounted for 50% of total European sales and EVs less than 1%. 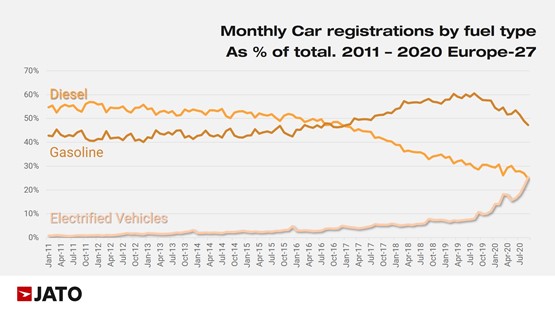 Felipe Munoz, global analyst at JATO Dynamics, said: “The shift from ICEs to EVs is finally taking place. Although this is largely down to government policies and incentives, consumers are also now ready to adopt these new technologies.”

More than half (53%) of the electrified car registrations in September were hybrid or mild-hybrid models, with the bulk of those from Toyota and Lexus.

This changing landscape is favouring some OEMs more than others. For example, the Volkswagen Group has successfully managed to overcome the diesel-gate scandal of 2015, to become a new protagonist in this chapter of vehicle electrification.

Following the launch of the VW ID3, the VW Group has overtaken Tesla as Europe’s top-selling electric car maker.

2020 has been a turbulent year for the car market globally, and particularly in Europe. Car registrations dropped by 29% during the first nine months of the year to 8.54 million units.

In September, the market returned growth with 1% more vehicles registered compared to September 2019 – a total of 1.3m. 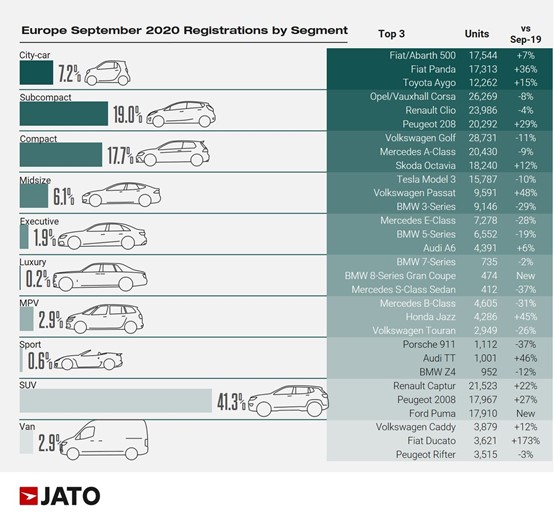 Mitie has delivered its 750th electric vehicle, taking it past its 20% by 2020 target three months ahead of schedule.