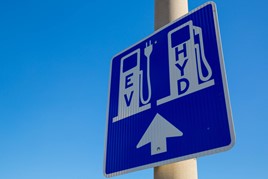 Projects, including a zero-emission ambulance with a hydrogen range extender, have received a share of £20 million Government funding.

The winners, of the Department for Transport’s research and development competition, also included the manufacturer of an onboard plug-in device that provides drivers with data on battery health. It is aimed at improving the experience of buying secondhand electric vehicles (EVs).

Furthermore, developers of a solar-powered refrigeration unit for small commercial vehicles were named among the successful entrants.

Transport secretary Grant Shapps said: “Ahead of major climate summit COP26 this year, investment in exciting projects such as these is key to making the switch to electric vehicles more attractive for drivers than ever before.

“Not only will they propel us further towards our net-zero ambitions, they will also help harness some of the brightest talent in the UK tech industry, encouraging businesses to become global leaders in EV innovation and creating jobs as we build back better.”

The funding, awarded to 62 EV projects, aims to unlock some of the biggest barriers to EV ownership by providing “ground-breaking” solutions, says the DfT

It has also launched a project to find an iconic British design for public chargepoints, which could see our charge points become as recognisable as a red post box or a black cab.

The resulting design is set to be unveiled at COP26 in Glasgow this November.

Silviya Barrett, from Campaign for Better Transport, said: “Innovations like the ones announced today can help stimulate demand and grow British manufacturing in this vital industry.

“Coupled with measures to improve the public transport network and encourage its use, we can start to truly tackle carbon emissions, air pollution and congestion and move towards a greener, fairer recovery.”

The Electric Forecourt in Braintree is the first of more than 100 in the UK Gridserve is planning to build in the next five years as part of a £1 billion programme.

A wealth of information about electric vehicles is available to fleets courtesy of a newly-launched resource tool on the Fleet News website.