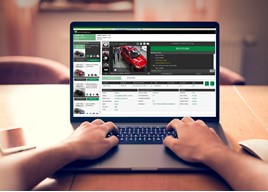 A price premium for pure used battery electric vehicles (BEVs) is leaving many buyers reluctant to make the switch, when faced with a cheaper, second-hand diesel car.

Alternative fuel vehicles, which include mild and plug-in hybrid models as well as pure electric cars, only account for between 5-8% of Aston Barclay’s used stock.

However, for some fleet customers it can be as high as 10-12% of their total inventory, according to Martin Potter, Aston Barclay’s managing director – customer.

He says fleet vendors are realising that, while they may be currently remarketing three-year-old internal, combustion engine (ICE) vehicles, their product mix will quickly change with the majority of new fleet registrations becoming electric.

Recent research from Centrica Business Solutions showed a healthy appetite for fleet electrification, with UK businesses planning to spend £16 billion on plug-in vehicles in 2021 - a 50% uplift on last year.

It revealed that UK firms spent £10.5bn on EVs and on-site charging points during the year to March 2021 but are now planning £15.8bn of investment in the same area over the next 12 months.

Two fifths (40%) of those questioned said they had increased the total number of EVs within their fleet between April 2020 and March 2021.

“We’re all working very hard to understand the market and, most importantly, to understand where the consumers are coming from,” Martin Potter, Aston Barclay

Overall, there were 108,205 battery electric vehicles BEVs sold in 2020, according to the Society of Motor Manufacturers and Traders (SMMT), significantly more than the 66,879 plug-in hybrid electric vehicles (PHEVs) registered during the year.

In terms of non-plug-in mild hybrids, the SMMT data shows that 110,087 cars were registered.

Two-thirds (67%) of the registrations for BEVs and PHEVs (68%) were from fleets, last year.

“That is very similar to the typical fleet stock and it’s at a price the consumer can work with, whereas you then look at the battery electric that has an average age of 20 months, 18,000 miles and £25,000 average sale price.

“The gap between what somebody has to pay for that and a diesel or even a hybrid equivalent is currently so vast it’s hard for them to justify, but that will change.”

Dylan Setterfield, head of forecast strategy at pricing experts Cap HPI, recently told Fleet News that the higher residual values (RVs) in absolute terms enjoyed by EVs are not simply because they have higher list prices; low volumes also have an impact.

RVs are supported by carefully managed remarketing strategies by the manufacturers, keeping used examples in the dealer network or negotiating bulk deals for niche second-hand use,

However, he expects the current price premium of used BEVs and PHEVs will gradually reduce over time thanks to increasing volumes.

Values of older used models may also come under pressure if newer models come with better technology or a cheaper list price.

“We’re all working very hard to understand the market and, most importantly, to understand where the consumers are coming from,” said Potter.

After welcoming back buyers to auctions halls in April, Potter told Fleet News that the return to physical sales had proved worthwhile, with conversion rates increasing and those in attendance accounting for a higher proportion of final bids. “The physical buyers were definitely buying more cars,” he said.

Aston Barclay has been employing an “omni-channel” sales approach to remarketing its vehicles, with the mix dependent on the sector its serving.

Fleet cars, for example, are sold online but buyers are also able to bid in person in the auction hall. Cars aren’t driven through the auction hall, however, with buyers instead able to view stock prior to the sale.

Stock where condition can be more of a potential issue, such as dealer part-exchange, is being driven through the auction hall, while OEM stock is dealt with offsite and completely virtually.

Potter said: “I’m really pleased we’ve got this different approach for different sectors and without the pandemic I think it would have been really hard to do.

“The pandemic has forced people to get used to the different technologies and different ways of remarketing.”

He continued: “It’s a really exciting time for the business. More and more people are looking for diversity in getting vehicles to market to maximise their values, but most importantly is less days to sell, especially in the fleet and finance sectors.”

Once a vehicle comes off the fleet, the leasing company is no longer receiving a monthly rental so time to sell is crucial, particularly when it’s a depreciating asset.

“They want the money back in the bank so they can finance another one,” explained Potter. “We’re now able to use new technologies, products and services that can all lend themselves to reducing the number of days to sell.

“For example, we’ve got some customers using our app-based appraisal tool three or four weeks before the car’s contract is due to be terminated, which allows us to start remarketing it before its defleeted. That’s going to reduce days.”

Used car values for both petrol and diesel stayed strong in August, but electric vehicles (EVs) and some hybrids continue to struggle, says CAP HPI.

Aston Barclay to welcome physical buyers back to auctions

Aston Barclay has announced plans to welcome physical buyers back to its auction halls from April 12, while following Government Covid-19 measures.