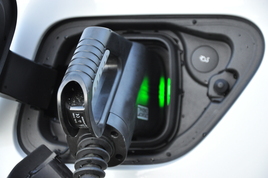 If other towns and cities are tempted to follow Oxford’s lead with a zero emission zone (ZEZ) it could prove logistically and financially detrimental for businesses, says Venson.

The Oxford ZEZ pilot scheme was launched earlier this year to help reduce pollution in a handful of city centre streets, with ‘non’ electric vehicles charged up to £10 a day to use those routes.

"If the ZEZ scheme is successful, Oxford City will look to expand the zone even further meaning businesses unable to afford an electric vehicle may be forced to pay up to £20 a day,” said Alison Bell, operations director for Venson Automotive Solutions.

“Clearly there is an urgent need to tackle COs emissions in cities, however the Government needs to set out realistic timelines for the introduction of zero emission zones in the run up to 2030 road to zero strategy deadline.”

While the uptake of electric vehicles in the fleet industry is encouraging, there is still a long way to go, says Venson.

Some businesses are just simply not ready to implement a fully electric fleet due to logistics, infrastructure and cost implications, argues Venson.

Added to which, businesses typically work on replacement cycles so it can take up to three or four years for electric vehicles to be added to a fleet, which means a mass transition to a pure EV fleet may well not be seen until as late as 2027.

Bell concluded: “For many businesses who are still recovering from the impact of the pandemic, and now adjusting to the rising fuel, staff and energy costs, the prospect of yet another financial pressure being introduced in the next 12 to 18 months is daunting.

“As businesses struggle to keep absorbing financial burdens, further increases in operating costs will at some stage mean increased costs for the customer.”

Leeds City Council’s decision to axe a clean air zone (CAZ) in Leeds was due to concerns over a legal challenge to the scheme.