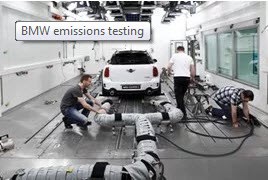 A lack of clarity from government on the tax implications of the new emissions testing regime will lead to drivers opting out of company cars into grey fleet vehicles with dangerous implications for safety and the environment.

From September all new cars will have a CO2 emissions figure measured under the new more accurate Worldwide Harmonised Light Vehicle Test Procedure (WLTP). From 2019 manufacturers will have to publish these figures in all marketing material.

WLTP will result in higher g/km CO2 values (up to 30% it’s been reported) for a vehicle compared to the old testing procedure (NEDC).

Fleet decision makers at the Fleet News Fleet200 Executive Breakfast meeting in March expressed their concern at the implications on driver choice, taxation and CO2 emissions.

The summary of the discussion:

> “There are two evident, fundamental challenges to fleets with the new regime: Firstly we don’t know what WLTP will mean yet and won’t until government says what it will do with it. It has said it will adopt the testing standard in 2020, but not in what guise.

“And secondly, all manufacturers will soon begin publishing CO2 emissions levels measured under the new regime. BMW is the first and all CO2 levels have gone up for the same engine and same car compared to the previous NEDC tests.  So, benefit-in-kind costs will be higher, alongside the total cost of ownership and employers’ national insurance costs. So, with a lack of clarity, employees will not know what their tax is going to be beyond 2020, but a certainty is increased cost.”

> “The increase in CO2 readings and the resultant increase in company car tax could lead to increased demand for alternatives such as cash allowances and personal contracts from employees and for employers the increase in cost, particularly where it’s not running a business need fleet, promote a move to a grey fleet. This in turn could mean a detrimental environmental impact since the incentives to choose lower CO2 cars won’t be there.”

> “I’m aware of employers that are responding to typical fleet cars now falling into higher tax bands increasing their CO2 caps to ensure they are still available. This is hardly good environmental PR. But on the other hand another fleet has put a CO2 cap on its grey fleet to prevent irresponsible choices.”

> “The uncertainty, or threat of higher tax bills, will lead people to want to take cash and potentially into less safe cars. There is a hidden duty of care implication. I’ve heard of one instance where a grey fleet driver crashed a NCAP three star rated car into a lorry trailer and lost his spleen. If he had been in a newer, equivalent car he would’ve walked away unscathed.”

> “The issue will have no impact on us, as about two years ago, as a result of cost cutting measures, we took company cars off senior managers, replaced with a cash alternative. The leased car fleet had a CO2 cap on it. The grey fleet does not. I wanted to limit it, but the trade union said no.”

> “The year-on-year increase in company car tax has led my drivers to push for alternatives, such as opting out. Getting a new company car used to be a pleasure, now it can be an increased financial burden. To maintain the appeal of a lease car, plug-in hybrid electric vehicles (PHEVs) are now on the table.”

> “I’ve seen details of the Government role out of the WLTP scheme and it’s chaotic. We need clearer information. The Low Carbon Vehicle Partnership will publish a communication plan regarding WLTP, so at least information is coming.”

MORE: What is WLTP?

VIDEO: BMW on the WLTP implications