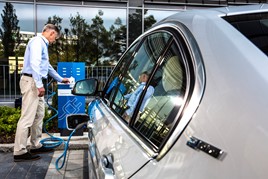 Average car CO2 emissions across the Fleet200 have reduced this year, despite the introduction of more stringent WLTP figures. The reduction is modest, at just one g/km, from 109 to 108. But it represents a shift towards more efficient models.

At the time the data was collected, it’s likely that the majority of vehicles within the Fleet200 still had an NEDC (New European Driving Cycle) emissions figure rather than a WLTP (Worldwide harmonised Light vehicle Test Procedure) one, as they only came into force for new car registrations in April.

The survey also asked fleet operators what the average CO2 emissions were for their forward orders and this figure suggests a significant shift towards lower-emission cars within the Fleet200 car parc, as operators recorded an average of 93g/km across their order books.

WLTP CO2 emissions figures are much higher than those derived from the old testing method. While the move was welcomed for bringing more accurate fuel economy data to consumers, the higher CO2 figures saw company car tax rocket.

For cars first registered from April 6, 2020, most company car tax rates have reduced by two percentage points to account for the higher emissions reported under WLTP.

The system favours low-emission models, such as the electric Tesla Model 3 and plug-in hybrids, like the BMW 330e.

Company car drivers choosing pure electric vehicles with zero tailpipe emissions are taxed at 0%, paying no BIK tax at all, and plug-in hybrids attract a maximum of 12%.

Traditional diesel company cars continue to be hit with a 4% diesel surcharge, unless they meet the more stringent RDE2 requirements.

The appetite for electrification is increasing among fleets, with leasing companies reporting record levels of demand from company car drivers.

A study commissioned by London First of more than 500 UK companies found that almost a third (30%) of fleets are already using EVs, while 46% have active plans to make the transition and a further 16% have begun to discuss it.

For those who have not yet made the switch, 50% think they will have transitioned within five years and a third (35%) think it will be within two years, well ahead of a ban on the sale of new petrol, diesel, or hybrid cars in 2035.

Jon Lawes, managing director of Hitachi Capital Vehicle Solutions, says: “Many customers are looking to either partially or fully electrify their fleet. This is being driven by the desirability of longer-range models coming to market and the enhanced tax position over other drivetrains.”

Looking at the distribution of fuel type on vehicles over the past six months, Lawes says the share of PHEVs and battery electric vehicles (BEVs) has more than doubled, with diesels showing a marked decline.

Its renewals in Q1 of this year found further evidence of the move to hybrids or pure EVs. Only 44% of diesel drivers have chosen to replace with another diesel.

The shift appears to be to hybrids, said Lawes, with just 2% of customers making the full leap from diesel to electric, while three quarters (74%) of petrol hybrid drivers replaced their vehicle with another hybrid and a further 22% made the switch to a BEV.

However, just two years ago, 80% of company cars were diesel, 11% petrol, 6.9% hybrid and 1.9% electric – the rapid move away from diesel is no surprise when looking at the monthly new car registrations data.

The latest Sewells Pulse report suggests there will be a further 13% decline in diesels on fleets over the next 12 months, while hybrid and electric models will increase by 7% and 8% respectively. Plug-ins will rise by 2%. 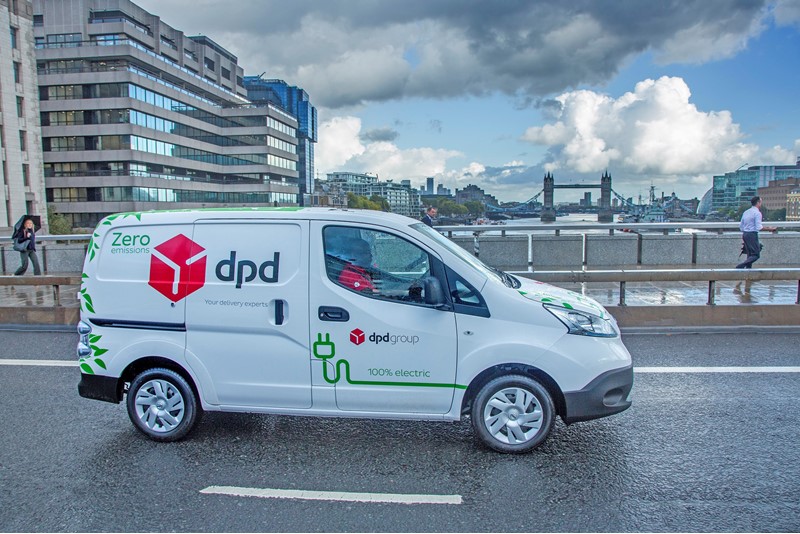 But many businesses are investing heavily in electric vans. DPD has already exceeded its target for 10% of its van fleet to be zero emission by the end of 2020.

As a result, it now claims to have the biggest, greenest delivery fleet in the UK. At the start of 2020, the delivery firm had 130 EVs on the road. It now has more than 700.

DPD chief executive Dwain McDonald, says: “Despite everything that is going on, we’ve been really focused on getting EVs on the road and delivering for us this year.

“The feedback from the depots, our drivers and our customers has been fantastic and that has just encouraged us to go faster. We know retail customers want this and the reaction on the doorstep is great when recipients see that their parcel has been delivered emission-free too.”

Mitie has committed to switching 20% of its car and small van fleet, around 700 vehicles, to electric by the end of this year, adding an average of 75 new EVs to its fleet every month. With 600 additional EVs on order to join the fleet, Mitie is ahead of this target. It has also pledged to convert its entire fleet of around 5,000 vehicles to EV by 2025.

Upping the number of electric vans

The John Lewis Partnership (JLP), which includes Waitrose, will significantly increase the use of electric vans for home deliveries as part of its ambition to end the use of fossil fuels across its fleet by 2030.

The retailer is also building a dedicated biomethane gas filling station to enable its largest heavy goods vehicles to use a low-carbon alternative to diesel. This will reduce CO2 emissions by 80%, with each truck saving more than 100 tonnes of CO2 every year.

Justin Laney, partner and general manager of Central Transport at JLP, said: “As our online services rapidly expand, we’re working hard to meet our goal of operating a zero fossil fuel in the next 10 years.

“Our new electric vans are an ideal solution for home deliveries; the innovative design means they’re more efficient, but also respectful to the environment and the growing number of neighbourhoods in which we deliver.”

According to the Sewells Pulse report, diesel vans are expected to reduce by around 8% with electric models increasing by 2% on average (fewer models and less availability explains the slower growth rate compared with cars). Respondents also expect petrol, hybrid and plug-in hybrid vans to become more commonplace on their fleets in the next year.

One driver towards electrification is the planned introduction of clean air zones (CAZs) in major cities around the UK.

Arval Mobility Observatory research asked businesses how they will respond to the introduction of CAZs and the London’s ultra-low emission zone (ULEZ). It found that more than three-quarters (76%) said they will replace vehicles to meet the new standards, whereas 27% said will find other types of transportation to allow them to continue doing business within the zones, and 27% will make no changes, accepting the impact and cost.

Shaun Sadlier, head of Arval Mobility Observatory in the UK, said: “Overall, more than four out of 10 (fleets) believe they will be affected and, of these, around three-out-of-four plan to meet the challenge by operating vehicles that meet whatever new regulations are being introduced.

“In most places, CAZs are designed to remove the older, less clean technology vehicles from cities and the truth is that because the regulations are relatively straightforward, many fleets are already compliant. Over the next couple of years, just through the normal replacement of vehicles, most should meet the rules.”

The current requirement for free entry into a CAZ is Euro 6 diesel or Euro 4 petrol, but many operators are opting to go electric as soon as possible due to the combined socio-economic benefits and cost-savings.

Changes to travel behaviour brought on by the coronavirus pandemic have created a once-in-a-lifetime opportunity for Government to reshape how transport is delivered and used.