Budget 2020: Good news for fleets and the EV market 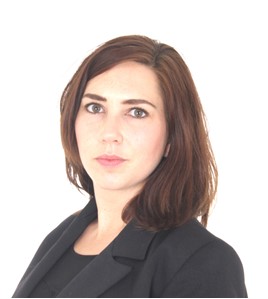 Tanya Sinclair, policy director for the UK and Ireland at ChargePoint

With all that has taken place in the past month, the recent Budget seems a distant memory. It should be remembered, however, despite all that has happened, this was the first full Budget since Brexit, the first full Budget since the UK Government committed to the full electrification of the UK’s transport by 2035, and the first Budget of a new decade, one which many are calling the decade of the Electric Vehicle (EV).

We are now all well versed in the environmental benefits of driving electric, a study published this March finally putting to bed the myth that electric cars could increase carbon emissions should help us all now move past this subject and start to focus more on the benefits EVs can bring to fleets and businesses.

The Government is certainly taking its commitment to electrification seriously, making some big Budget decisions in close consultation with industry. This has resulted in £500m to support the rollout of rapid chargers on key trunk roads, aimed at putting drivers never more than 30 miles from place to charge. This kind of collaboration is very promising as it shows the government is listening on how best to support electrification.

Huge investments from tech giants this past year, such as Amazon’s order of 100,000 delivery vans from Rivian, show that there is money to be made with moving your fleet to electric. But how will the most recent budget shape the future of drivers and fleets without quite so much spending power?

The plug-in car grant, which many insiders feared may be scrapped now that EVs are nearing price parity with equivalent internal combustion engine (ICE) vehicles, is still in place. For cars, the grant has been reduced by £500 to £3,000 and restricted to those costing less than £50,000.

Whilst the Government’s commitment to the full electrification of the UK’s transport by 2035 should be commended, the fact that many vehicles that are merely low polluters rather than no polluters may make some question whether this is the best way to incentivise carbon-neutral driving.

The amount for electric vans, taxis and motorcycles remains the same and has been provided with an additional £129.5 million.

The other notable changes for business from the Budget were those surrounding the Workplace Charge Scheme (WCS). This scheme is aimed at helping businesses in the electrification of both their employee car parks and own fleets. Business customers use to receive up to £500 per socket - max. 20 sockets across all sites - so up to a total of £10,000 towards the purchase and installation of charging stations.

This scheme was also altered in this year’s budget. It will change to £350 per socket and maximum of 40 sockets across all sites as of April 1, 2020. This means that businesses are now incentivised to electrify at a quicker rate, being able to claim up to £14,000.

It should be noted though that these are merely incentives to encourage companies to move electric, the real savings come in the form of fuel and vehicle maintenance costs once installed.

So, to conclude, this Budget is positive for fleets and the EV market. The money isn't flowing as fast as it has in the past, but this is a sign the government is continuing to support a growing and maturing sector, not the early-stage market of the last decade.

This Budget positions EVs as the future of transport more clearly than ever before and recognises that chargers are a critical part of getting people into EVs. Here’s to 2035.

The Chancellor has announced new company car tax rates in a Budget dominated by measures to soften the impact of Coronavirus.

New company car tax rates will cost the Government £100m in lost revenue over the next two years, while drivers will face higher costs from new CO2 rating.