The company car: the dawn of a new era? 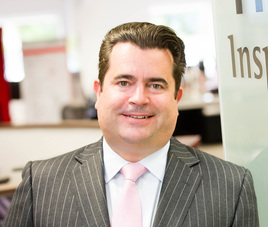 Understanding the size of the current company car market doesn’t come without its challenges. Even though the latest figures published by HMRC report that the number of people paying company car tax has fallen substantially, this does not mean that the company car is redundant.

Yet, this simple downward trajectory measures market size chiefly on the number of submitted P11D tax forms that contain a company car. What is not included in this calculation is the balance between current usage and employee eligibility, building an understanding of the potential for the company car market. In other words, these HMRC figures presently demonstrate how many people are taking a company car and not the people who could.

The downward trend in the number of employees taking a company car pre-2020 was undoubtedly driven by steady increases in the Benefit in Kind (BiK) tax; an unattractive proposition for many employees despite the convenience of taking a car from their employer.

Up to 25% of the company cars that Hitachi Capital Vehicle Solutions (HCVS) quoted pre-pandemic would have attracted the highest rate of BiK tax meaning a company car driver would have been taxed on 111% of the undiscounted value of the car over a three-year period, making it an unattractive benefit for drivers choosing typical petrol or diesel models.

Towards an electric future

An unpredicted change in the company car market trend was, of course, Covid-19. Just days after the first lockdown was announced, the first 0% BiK rate for cars with zero tailpipe emissions was introduced in Spring last year.

This scheme, alongside BiK rates for hybrids between half and a third that of an internal combustion powered car, has created unequivocal demand for electric and hybrid vehicles. Notably, whilst the SMMT reported registrations were down by around 30% in 2020, the number of electric and hybrid vehicles saw a 67% increase, with 285,000 registrations in 2020 compared to 261,000 diesel cars within the same period.

Given that most fleets were running diesel only policies until the advent of alternative fuelled vehicles and retail registrations for electric and hybrid vehicles have shown less growth, it is reasonable to assume that the next BiK statistics, will show a significant rise in the number of electric and hybrid vehicles. Set to be published by HMRC in mid-2022, these figures are often used as a proxy for the size of the company car market.

The re-birth of the company car

In recognising that these provisional HMRC figures relate to the period prior to the introduction of a zero-percentage rate for company car tax, we can expect to see a similar number of company cars to 2019/20 in 2020/21 once HMRC release the final numbers.

However, we expect the downward trend to reverse moving forward, with strong growth expected post-2021. Company car drivers have made a clear statement of intent around electric and hybrid cars, with 70% of Hitachi Capital Vehicle Solutions orders now being alternative fuelled vehicles. Fleet managers are also taking advantage of the comparative low whole life cost of electrified vehicles for their fleet.

This uptake in demand is only set to increase when considering the potential for employees currently not eligible for a company car.  Enabling employees to enjoy a low-emitting vehicle through a salary sacrifice scheme, for example, will help us all reach our sustainability goals of reduced carbon emissions.

By taking the cost from the employee’s gross salary, the revival of such schemes will see employees pay less and employers save more. The fleet industry has already shown a very strong recovery from the declines in registrations; should the interest in such schemes increase, we can fully expect company car figures to surpass the one million mark in 2023/24.

Almost four-in-10 petrol and diesel fleet vehicles in the UK could switch to electric, according to new research from Geotab.

Halewood Artisanal Spirits has taken delivery of 25 Kia e-Niro’s from Bolton Kia to help transition its fleet to electric.