Was this article useful?
2 people found this useful
7 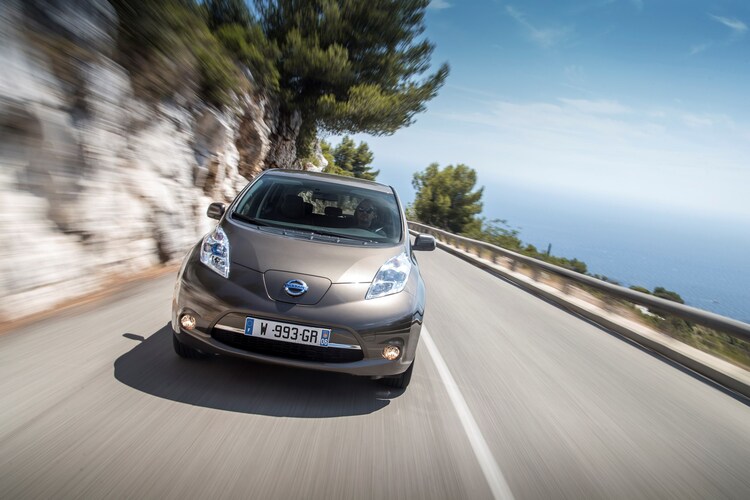 The increased range has been made possible thanks to the introduction of a new 30kWh battery.

The new battery is the highlight of an update package that Nissan hopes will see the new Leaf reinforce its position as the world’s leading electric vehicle (EV).

Nissan says that the longer range will significantly broaden the Leaf’s appeal – making it a true alternative to an internal combustion engine vehicle.

Paul Willcox, chairman of Nissan Europe, said: “The Leaf, the best-selling EV in the world, just got even better.

“An up-to 155 miles opens the world of EV to thousands of drivers across Europe who before just weren’t completely confident that an EV would work for them. This extra range will make LEAF ownership an easy first choice, for many, many more drivers.”

The Leaf’s new 30kWh battery delivers a longer range with no compromise on internal packaging.

Available on Acenta and Tekna trim grades, it has exactly the same exterior dimensions as existing 24kWh unit and only a modest 21 kg increase in weight. The result, says Nissan, is a car that goes significantly further while offering the same practicality and usability as previous versions.

Key to the new battery’s higher performance is an update to its internal design and chemistry.

The introduction of Carbon, Nitrogen and Magnesium to the electrodes improves performance, while the change to the cell layout also contributes to the gain. Indeed, Nissan is so confident about the performance and reliability of the new 30kWh battery that the capacity will be covered by an eight year, 100,000 mile warranty.

Recharging the Leaf’s new 30kWh battery is as easy and stress-free as it is with the current 24kWh unit, says the manufacturer.

Just as with the current Leaf, customers will be able to recharge from their homes, from public chargers, or from the network of rapid chargers (3 phase, 400V) expanding across Europe.

In the UK, there are approximately 500 Leaf-compatible rapid chargers, covering more than 95% of the UK’s motorway network.
The Leaf 30 kWh introduces a significant update to this unique technology with a new NissanConnect EV system that replaces the previous Carwings setup.

It retains all the acclaimed elements of the original system, but adds new features, a much-simplified activation process and a new design.

One of the many advances of the new NissanConnect EV system is the new charging map that is capable of showing which charging points are available and which are being used.

All Acenta and Tekna 2016 model year Leafs are equipped with the latest evolution of the brand’s acclaimed NissanConnect EV infotainment system. Featuring a new interface and digital radio receiver, it also offers a capacitive 7-inch touchscreen that allows owners to zoom in and out of maps and flick between menus just by moving their fingers on the screen.

The LEAF 30 kWh also introduces a number of subtle exterior design changes – including a new roof-mounted aerial along with the availability of a new colour – Bronze.