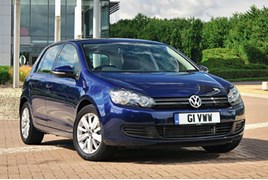 The Volkswagen Group has released figures stating that nearly 1.2 million vehicles in the UK are affected by the emissions scandal - nearly ten per cent of those affected worldwide.

A statement released this morning said: "In the coming days, the VIN (Vehicle Identification Number) details of affected cars will be released to retailers. In addition, a self-serve process for customers to check if their vehicle is affected will be set up."

The company has reiterated that all new vehicles currently on sale using Euro 6 engines are unaffected, along with all petrol models, as well as V6 TDI and V8 TDI models.

The statement added: "Affected customers will be contacted with details of a process to get their vehicles corrected in the near future. In the meantime, all vehicles are technically safe and roadworthy."