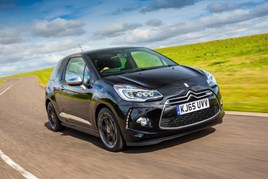 A fresh round of cuts in supplies of fast-churn fleet vehicles has been ordered by Peugeot Citroën as part of a drive to improve efficiency levels across its UK subsidiaries.

The crackdown is regarded as vital to improving the market share of both the group’s major marques and DS, the Citroën offshoot now operating as a stand-alone brand.

Arnaud Leclerc, deputy director general at PSA UK, told Fleet News: “The process is set to be stepped-up over the coming months as we go into the launch of significant new products.”

PSA wants to reduce the number of vehicles supplied to national daily rental firms, in-house schemes, as courtesy cars and to other channels subject to short-term buybacks.

“This action will give us greater control of the vehicles that enter the used car market and help us avoid too much pressure being placed on residual values,” said Leclerc.

“It will benefit the marketing of every brand – and the biggest beneficiary will be DS. Even though our aim for total registrations in 2016 remains unchanged, this change will result in greater profitability.”

Speaking as the next version of the top-selling DS model, the DS3, was being unveiled, Leclerc said: “Not so long ago, Peugeot was enjoying a 9% share of the UK new car market.

Citroën, meanwhile, had 69,128 registrations, compared with 59,596 the previous year, with fleet figures difficult to establish due to DS becoming a stand-alone brand midway through the year.

However, Leclerc said: “We are convinced our new marketing strategy will make the 20,000 registrations we hope to achieve this year much more profitable as we move to setting up an independent DS dealer network by 2018. Profitably remains our goal, not volume.”

Leclerc is confident that the UK will continue to be the biggest market for the supermini car and cabrio versions.

A mild facelift gives the refreshed cars new frontal styling, upgraded LED and Xenon lighting and a total of 78 colour combinations for the bodywork and roof. A revised dashboard includes a seven-inch color touchscreen, eliminating 20 buttons on the central fascia.

On sale now, the new range will be joined in April by performance versions offering 208hp with 125g/km emissions from a 1.6-litre THP petrol engine driving a lower-ratio six-speed manual transmission.

Martin Gurney, fleet and used vehicles director for Peugeot Citroën Automobiles UK, said: “Following our reorganisation into one multi-marque PSA fleet team and the creation  of the stand-alone DS brand, the new DS 5, DS 4, DS 4 Crossback and the new DS 3 launches have come at a perfect time for fleet.

“The emergence of DS Automobiles as a premium brand in its own right is perfectly aligned with our channel mix improvement strategy and enhances our already extremely comprehensive suite of brands and products, each offering our customers something a little different.”