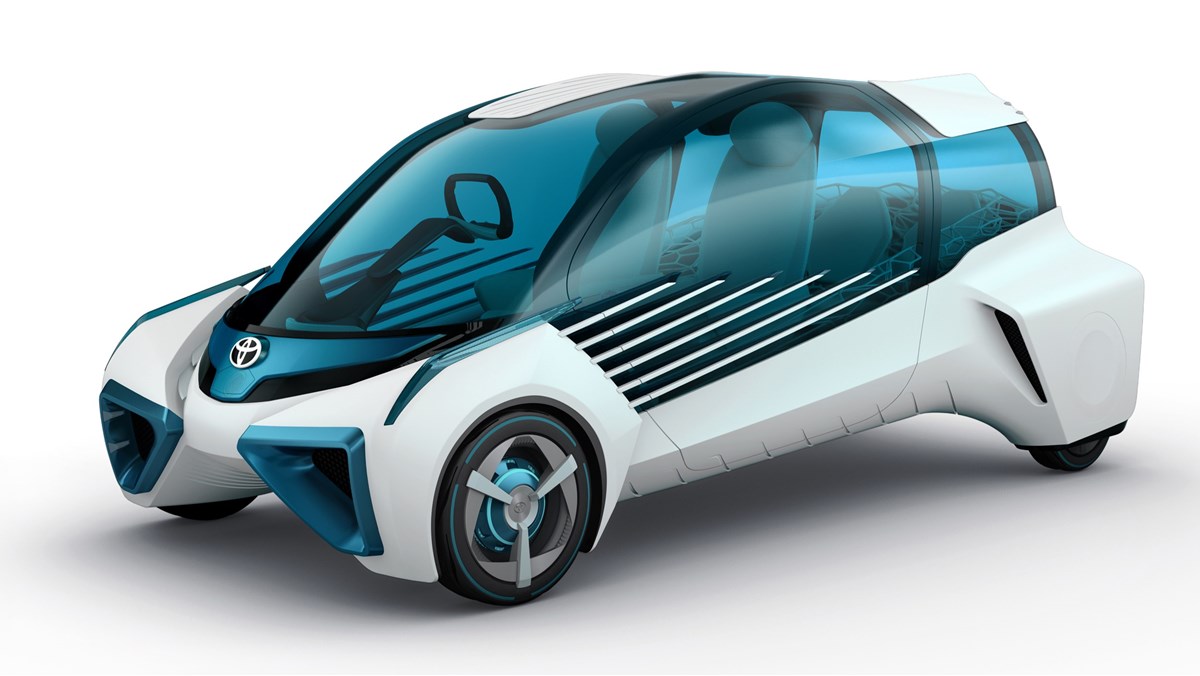 Toyota has displayed its FCV Plus hydrogen fuel cell concept at the Paris motor show.

As well as using the hydrogen fuel contained in its on-board tank, the Toyota FCV Plus can also generate electricity from hydrogen stored outside the vehicle. The car can thus be transformed into a stable source of electric power for use at home or away.

When parked, the Toyota FCV Plus can provide electricity stored on board to other vehicles and to local power grids, acting as part of the local infrastructure.

The car’s fuel cell stack can be removed and re-used as an energy generator, going beyond the traditional functions of a vehicle. Put to different uses around the world, these stacks could make a significant contribution to local communities.

Fuel efficiency is enhanced by advanced aerodynamics that extend to the underside of the vehicle as well.  Built-in wireless battery charging panels on the rear wheels and under the front floor allow for intelligent external charging of other vehicles or infrastructure. Words and symbols can be displayed on the windscreen and rear window to help others recognise the vehicle’s operating status.

The drive components have been downsized and positioned out towards the vehicle’s four corners to achieve a layout that maximises interior space. The compact fuel cell stack is located between the front wheels and the hydrogen fuel tank is behind the rear seats. Together with the adoption of in-wheel motors in all four wheels, this allows for the Toyota FCV Plus to have the overall length of a compact car but with a cabin that is as long as that of a large saloon.