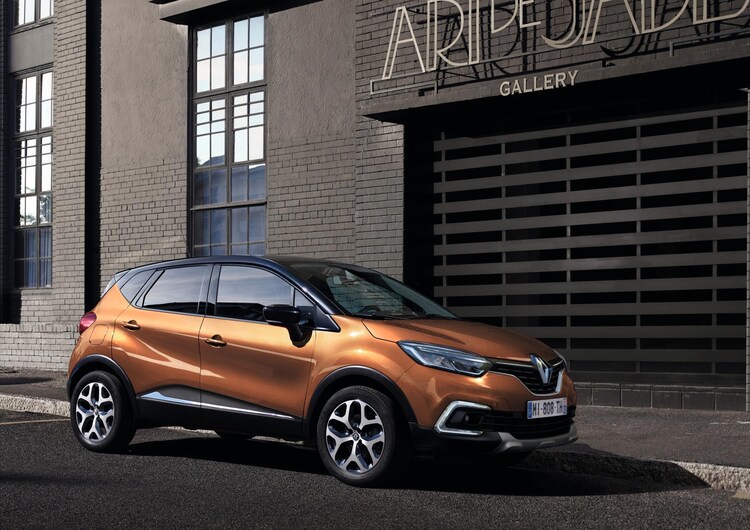 Renault has unveiled the new Captur at the 2017 Geneva motor show sporting a higher level of specification and refreshed styling.

The interior has also received an upgrade, gaining in luxury and refinement. A new Signature S trim level has been added along with a newer R-Link infotainment system.

To accentuate its bold new looks the new Captur gets three new body colours: Desert Orange, Ocean Blue and Amethys,t as well as a new Mercury Silver option for the roof. There will be 36 potential combinations enable customers to tailor the appearance of their New Captur to match their personal taste.

Full-LED headlights enhance both the vehicle’s look and safety, while reducing glare. At the bottom of the bumper, New Captur incorporates the C-shaped LED Daytime Running Lights that have become recognised as the brand’s lighting signature. The rear lights similarly include this hallmark, which is visible both night and day.

Captur has evolved by taking a step closer in style to its bigger sibling, the Kadjar. The radiator grille has been modified to bring it more into line with the Renault brand’s other crossovers, with the addition of a chrome strip. At both the front and rear, the bumper incorporates new skid plates in evidence of the Captur’s adventurous credentials.

The cabin is more refined, benefitting from high-quality plastics, sleek chrome and elegantly subdued colours. The steering wheel is made from more upmarket materials and, on certain versions, comes trimmed with full-grain leather. The gear lever boasts a more modern appearance, while the door panels have been revised to seamlessly incorporate buttons and controls. The LED ceiling light provides individual reading lights.

All of the in-car technologies available as options on the Captur, including Blind Spot Warning, Easy Park Assist, hands-free entry and keyless ignition, are standard in the Signature S.

There is also a premium Bose audio system and the very latest version of Renault’s R-Link multimedia system, which grants access to all of the car’s multimedia functions with a single click, as well as all relevant smartphone applications courtesy of Android Auto.

The new Captur will go on sale in the Summer.