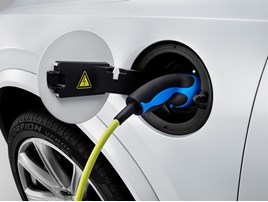 German car makers Volkswagen, Daimler and BMW will make more than 100,000 purely electric cars for the first time this year, according to PwC.

Production of hybrid vehicles made by the Germans is also set to increase, by 46%, to 330,000 units this year.

PwC Autofacts made the prediction by analysing recent sales figures and believes that the number of pure electric cars made by German manufacturers could reach 500,000 by 2023.

Felix Kuhnert, partner and head of automotive at PwC EMEA, said: “The long-term challenges faced by the automotive industry require a fundamental transformation, and here alternative drives, along with digitisation, autonomous driving and new business models, constitute a significant part of that change.”

The growth in hybrids and electric vehicles should not obscure the fact that German car makers will probably build fewer units overall in Europe this year compared with 2016.

Following the strong gain of 4.6% achieved in the previous year, PwC Autofacts predicts a decline of 1.2% to around 8.46 million passenger cars and light utility vehicles.

“On the one hand, that is quite a slow-down. But on the other hand, we shouldn’t read too much into this development. The decline is also a consequence of the recent unusually strong growth, which in some cases was supported with pre-registration by the manufacturers themselves. The structural demand in Germany, however, has remained stable, so that there is no reason to curb production further,” said Christoph Stürmer, global lead analyst of PwC Autofacts.

85% of drivers ‘more seriously’ considering EV thanks to Government investment

85% of drivers ‘more seriously’ considering EV thanks to Government investment