The UK new car market grew by 8.4% in March, thanks to a surge in fleet and business registrations, according to figures published by the Society of Motor Manufacturers and Traders (SMMT).

The record performance came as buyers seized the chance to source cars before the new vehicle excise duty (VED) rates came into force. From 1 April, under the new system all new cars, except for those with zero emissions, are subject to an annual flat rate charge.

Lauren Pamma, head of fleet consultancy at Lex Autolease, said: “As expected, March has proved to be a strong month for fleet registrations, with the highest monthly number so far in 2017 and an increase on last year.

“March is usually a strong month for registrations due to the new plates, but the changes to Vehicle Excise Duty from 1st April will also have boosted the total.”

Mike Hawes, chief executive of the SMMT, said: “This bumper performance probably means we will see a slowdown in April, exacerbated by the fact there are fewer selling days this year given Easter timing.

“Looking ahead to the rest of the year, we still expect the market to cool only slightly given broader political uncertainties as there are still attractive deals on offer.”

March saw a 31% surge in registrations of alternatively fuelled vehicles. Petrol cars experienced a notable uplift too, growing 13.2%, while demand for diesels also increased compared to the previous year, with nearly a quarter of a million buyers choosing them – the most ever in a single month. Nevertheless, diesel only accounted for 43.4% of the market in March.

Pamma said: “The continued growth in alternative fuel vehicles is encouraging. As benefit in kind rates for ultra-low emission vehicles rise until 2020 it remains to be seen how this will impact the ULEV market over the next three years, but businesses should take a longer term view, balancing environmental and commercial concerns, and choose the right vehicle for their needs.”

SMMT data shows that 4,634 pure electric vehicles have been registered since January, up 46.5% on the same period last year.

Registrations of other electric plug in vehicles has dropped slightly by 5.6% cent but sales of petrol-electric hybrids are also up significantly, by 47.4%.

Tim Payne, CEO of electric charging infrastructure company InstaVolt, said: “It’s further evidence that UK drivers are embracing green technology and see electric vehicles as the future. What’s particularly exciting is the fact that sales of pure electric plug-ins in particular have soared. Buyers aren’t just dipping their toes in the water, they are prepared to dive right in.” 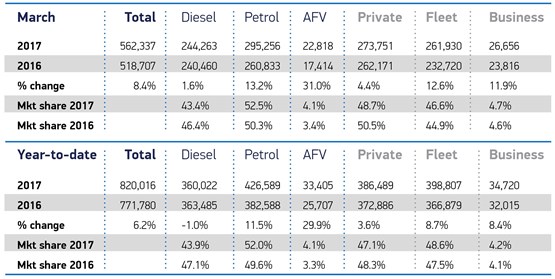 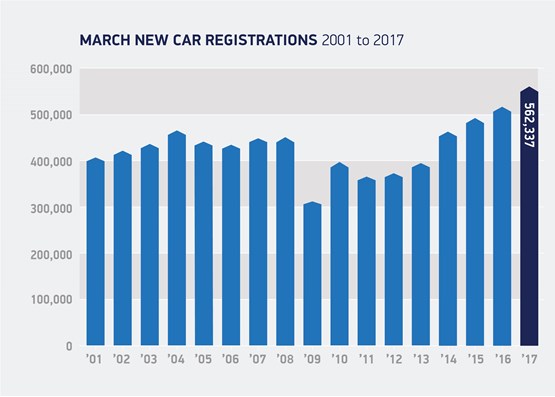