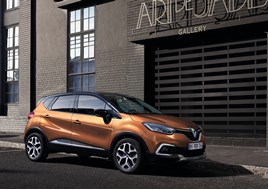 Renault has announced UK pricing and specifications for the new Renault Captur following its global debut at the 2017 Geneva Motor Show.

The UK line-up features the 898cc TCe 90 and 1.2-litre TCe 120 petrol engines, plus the 1.5-litre dCi 90 and dCi 110 diesel units. Emissions start from 95g/km. A dual-clutch EDC gearbox is available with the TCe 120 and dCi 90 engines. It is available to order now with first deliveries expected from July.

Renault says new Captur has evolved by taking a step closer in style to its bigger sibling, the Kadjar. The radiator grille has been modified to bring it more into line with its crossover family, with the notable addition of a chrome strip. At both the front and rear, the bumper incorporates new skid plates.

The C-shaped LED Daytime Running Lights, recognised as the brand’s lighting signature, are incorporated into the bumper. The rear lights similarly include this hallmark, visible both night and day. Full-LED ‘Pure Vision’ front lights (depending on version) enhance both the vehicle’s look and safety, while reducing glare.

The new Captur continues its two-tone colour scheme, with three new body colours: Desert Orange, Ocean Blue and Amethyst as well as a new Mercury Silver option for the roof. There will be 36 potential combinations.

Three types of wheel are available across the range: one 16-inch (Adventure) and two different 17-inch wheels (Emotion and Explore).

New Captur can also now be specified with a fixed-glass roof, from Dynamique S Nav upwards. 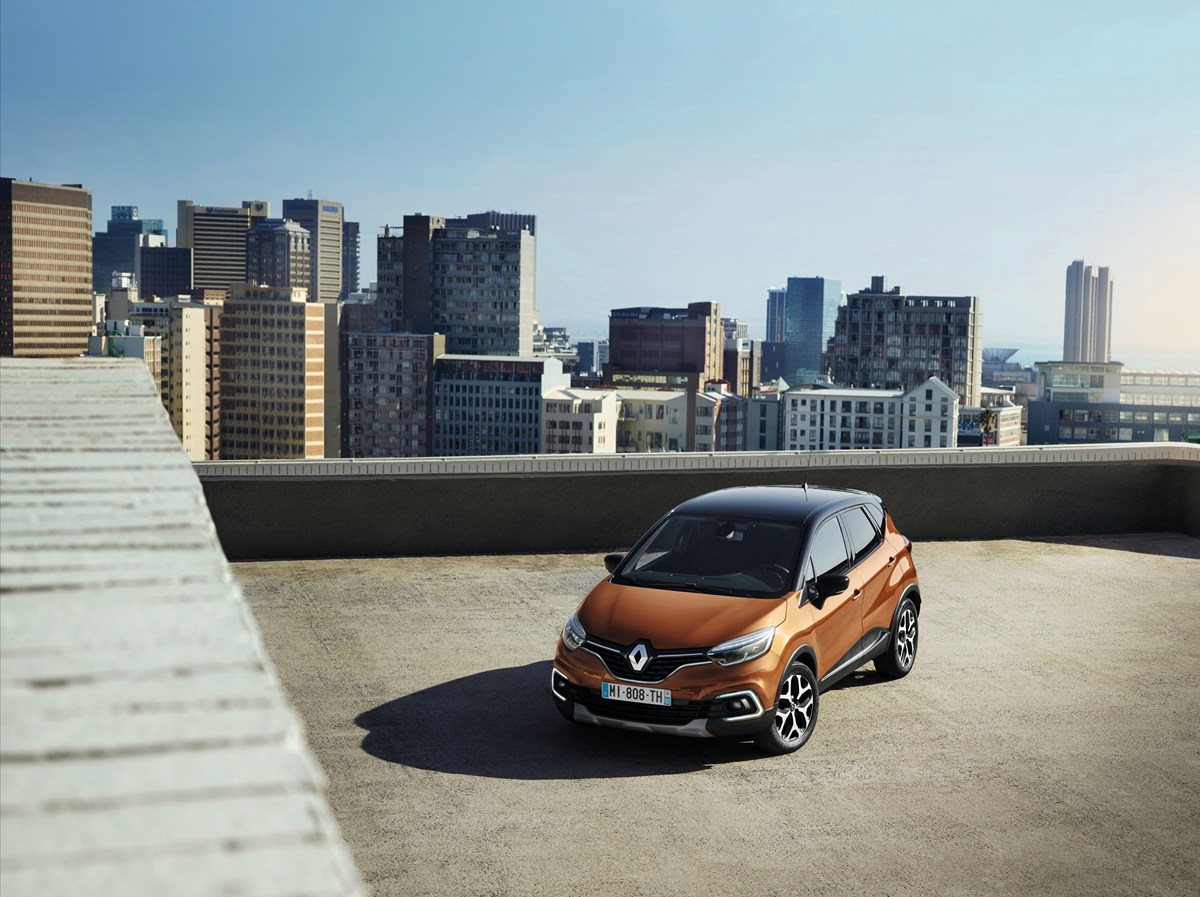 Renault says that R&GO transforms the user’s smartphone into a connected tablet installed in a universal cradle, enabling the user to intuitively access the car’s most useful functions, including navigation (through an in-app purchase), telephone, multimedia and vehicle data.

Meanwhile, Renault R-Link provides the new Captur with an advanced multimedia system. It comes with a 7-inch screen and incorporates navigation with real-time traffic updates, 3G connectivity, Bluetooth, media playback (photos, videos) and a wide variety of applications via Renault’s R-Link Store, as well as management of the vehicle’s driving aids (depending on version).

For the first time R-Link is compatible with Android Auto granting users easy and direct access – via the 7-inch R-Link display – to smartphone applications: telephone functions, navigation, music and messages.

For the first time, the new Captur incorporates Blind Spot Warning, which is available from Dynamique S Nav. Four sensors work together to detect the presence of moving vehicles in the door mirror blind spots, including motorbikes and bicycles. When a vehicle is detected in the driver’s blind spot for longer than a second, a warning indicator immediately lights up in the door mirror and is active at speeds between 19mph and 87mph.

In addition to its rear parking sensors, and depending on version, the new Captur is also available with front parking sensors and a reverse parking camera.

Another new addition – available for higher-end versions – is the hands-free parking function. The driver begins by indicating what type of parking space they are looking for, be it parallel, perpendicular or at an angle. When the vehicle is travelling at speeds below 19mph, this system detects all available spaces. Once a suitable space has been identified, the system calculates and co-ordinates the vehicle’s steering, meaning the driver does not need to touch the wheel and can focus solely on acceleration and braking.

For child safety there are three-point ISOFIX child seat anchor points on the front passenger and outer rear seats.

Even from this entry equipment level, the New Captur is completely connected, courtesy of the addition of the new version of R&GO.

As before, the Dynamique Nav is equipped with a 7-inch touchscreen housing the media nav infotainment system. This comprehensive multimedia system offers excellent value for money, considering the wealth of features it incorporates such as satellite navigation with traffic information, Bluetooth hands-free calling and audio streaming via the user’s smartphone.

From Dynamique S upwards, customers can now order a fixed glass sunroof available only with two-tone paint and the Premium Pack consisting of an aluminium pedal unit, electrochrome rearview mirror and sunglasses storage.

The New Captur Signature X Nav adds Light Harmony coloured panels on the doors linked by a sweep of beige colour along the lower half of the dashboard, plus new 17-inch ‘Emotion’ alloy wheels with black inserts and front parking sensors.

The Signature X Nav’s Grip Xtend System assists on difficult surfaces, giving the Captur off-roading ability. Maximum grip on the road in difficult driving conditions is provided through the use of a simple thumbwheel on the centre console allowing the driver to take their Captur across different terrains without having to worry about the car's handling whilst driving.

To the exterior, there is a chrome-detailed grille, while front and rear skid plates feature a more metallic grey finish. The same effect is visible around the windows and drip seals, which are picked out in gloss black. Signature S Nav versions enjoy a specific range of colours, including the new Amethyst metallic paint. New wheels are the same as the Signature X – 17-inch Emotion alloy wheels with black inserts.

Finally, all of the in-car technologies available as options, including Blind Spot Warning, Hands Free Parking, are standard in the Signature S Nav. These features are complemented by a premium BOSE six-speaker audio system and the very latest version of Renault’s R-Link multimedia system, which grants access to all of the car’s multimedia functions with a single click, as well as all relevant smartphone applications courtesy of Android Auto.