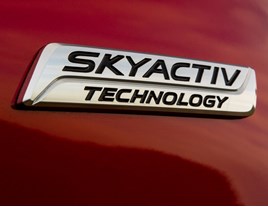 Mazda has announced that it will continue to focus on developing the internal combustion engine, with the launch of its next generation engine called the Skyactiv-X in 2019.

Skyactiv-X will be the world’s first commercial petrol engine to use compression ignition, in which the fuel-air mixture ignites spontaneously when compressed by the piston.

The Japanese manufacturer says it combines the advantages of petrol and diesel engines to achieve “outstanding” environmental performance, power and acceleration performance.

Compression ignition, it says, makes possible a super lean burn that improves engine efficiency up to 20-30% over the current Skyactiv-G, and from 35-45% over Mazda’s 2008 petrol engine of the same displacement. Skyactiv-X even equals or exceeds the latest Skyactiv-D diesel engine in fuel efficiency.

From 2019 however, Mazda says it will also start introducing electric vehicles and other electric drive technologies in regions that use a high ratio of clean energy for power generation or restrict certain vehicles to reduce air pollution.