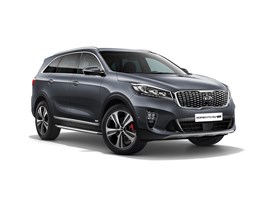 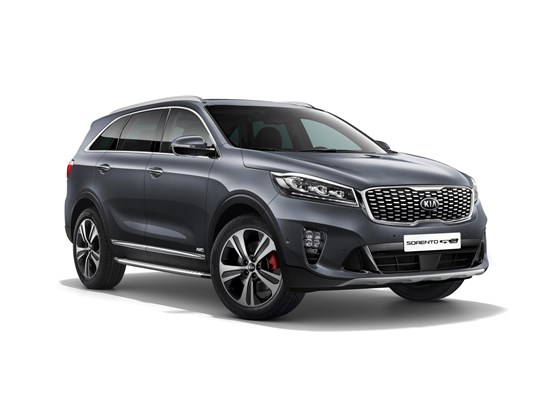 Kia has announced a range of upgrades to the Sorento, the company’s seven-seat SUV.

The new Kia Sorento features a refreshed exterior and interior design, and is available with Kia’s latest safety and in-car connectivity technologies.

A new GT Line variant is also available, as well as a new eight-speed automatic transmission for the 2.2-litre diesel model.

The new Sorento features an increased proportion of soft touch materials and leather for a more premium cabin ambience. Kia’s designers have made a series of modifications to the Sorento’s exterior.These include revised front and rear bumpers, new LED head- and tail-lamps, and a new dark metallic finish to the grille.

The new eight-speed automatic transmission can shift more quickly than the outgoing six-speed unit. The greater choice of gears reduces CO2 emissions from 172 to 159g/km.

The interior of the GT Line features quilted seats, finished in black leather with contrasting grey stitching and GT Line embroided emblems. In addition, the new variant features unique gear shift paddles and a series of satin chrome highlights throughout the interior.

Final UK specification and pricing is not yet available but the car goes on sale across Europe from Q4 with a seven-year, 100,000 mile warranty.

Kia drives up its numbers without forcing market

Manufacturer won’t hit a registrations number ‘at any cost’ so batch deals avoided and no pushing cars into daily rentals. Andrew Ryan reports

Kia has revealed its new Stonic SUV, a B-segment compact crossover that will go on sale in the Autumn.

Plug-in hybrid versions of the Kia Niro crossover and Optima Sportswagon are now available to order priced £27,995 and £32,645 respectively.