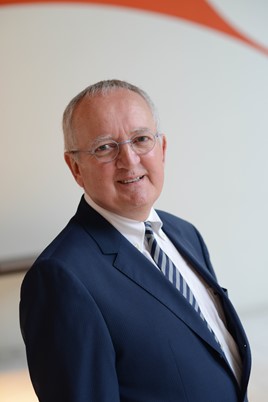 Vauxhall has terminated all its franchise contracts as the company begins a complete refranchising programme.

The brand’s managing director and chairman Stephen Norman (pictured) told our sister title Automotive Management (AM) that its dealer network will be reshaped ready for 2020.

He would not detail what the shape of the future network would be like, and denied that a third of sales points would go, as reported at the end of March.

Norman told the magazine that the plan entails issuing new, identical contracts to a restructured Vauxhall and Opel dealer network across Europe “for reasons of equality”.

He and two fellow directors phoned every Vauxhall dealer to inform them that their franchise contract’s two-year notice of cancellation will begin on April 30 and end on April 30 2020.

“Then we would propose new dealer contracts with those partners with whom we saw, for them, a stable economic future beyond that,” he said.

It’s much more mandated by the ability of a retail dealer, whatever its size and location, to be profitable and to satisfy customers, than it is somebody with a map deciding Vauxhall needs dealers in particular spots, he added.

Norman insisted a large reduction in the network “is pure speculation”. Volkswagen, which also has around 8% UK market share, operates a network of less than 200 dealerships, however he does not expect such a large rapid shrinkage from the current 324 car sales points.

The refranchising does have to take into account the digital channels consumers now use to choose their cars, he agreed.