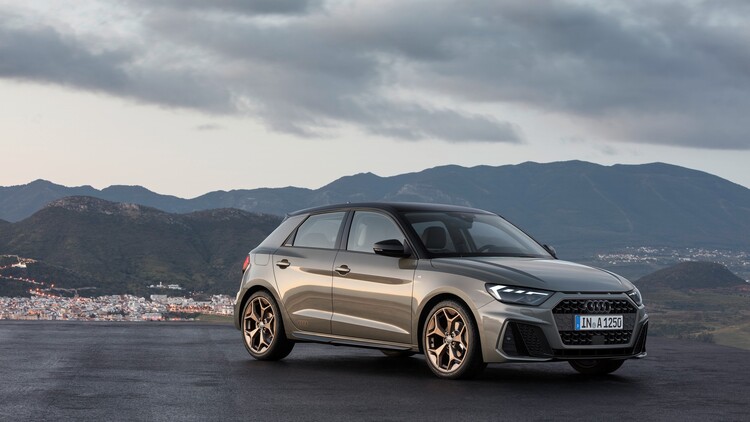 Audi has announced that the second generation A1 will be available in Europe before the end of the year.

The all-new model debuts eight years after the original A1 was launched.

Three engines will initially be available: the 30 TFSI, a 1.0-litre three-cylinder unit with 116PS, a 150PS 1.5-litre four-cylinder engine (35 TFSI) and a performance focused 2.0-litre unit with 200PS TFSI. These will be followed shortly afterwards by the 25 TFSI base engine with 95PS output. All engines can be linked to either a manual gearbox or a seven-speed S tronic dual-clutch transmission, with the exception of the 200PS variant which uses a six-speed S tronic transmission as standard.

Audi has also confirmed that the new A1 will feature high-tech goodies such as LED headlights, a 10.1-inch MMI touchscreen and a host of driver assistance systems.

Boot space has grown by 65 litres and the car is 56mm longer, giving space for extra legroom.

A new feature in the A1 is the modular lines structure. For the first time, customers can combine exterior and interior lines however they like, choosing Basic, Advanced or S Line.

Inside, comfort has been improved but Audi says it set out to create the sportiest interior in the segment.

Similarly, the suspension setup has been calibrated to offer a sporty and dynamic driving experience.

Prices have yet to be released but Audi says the new model will cost less than £17,500 when it goes on sale in Germany.

More information relating to the new A1 will be available in due course.