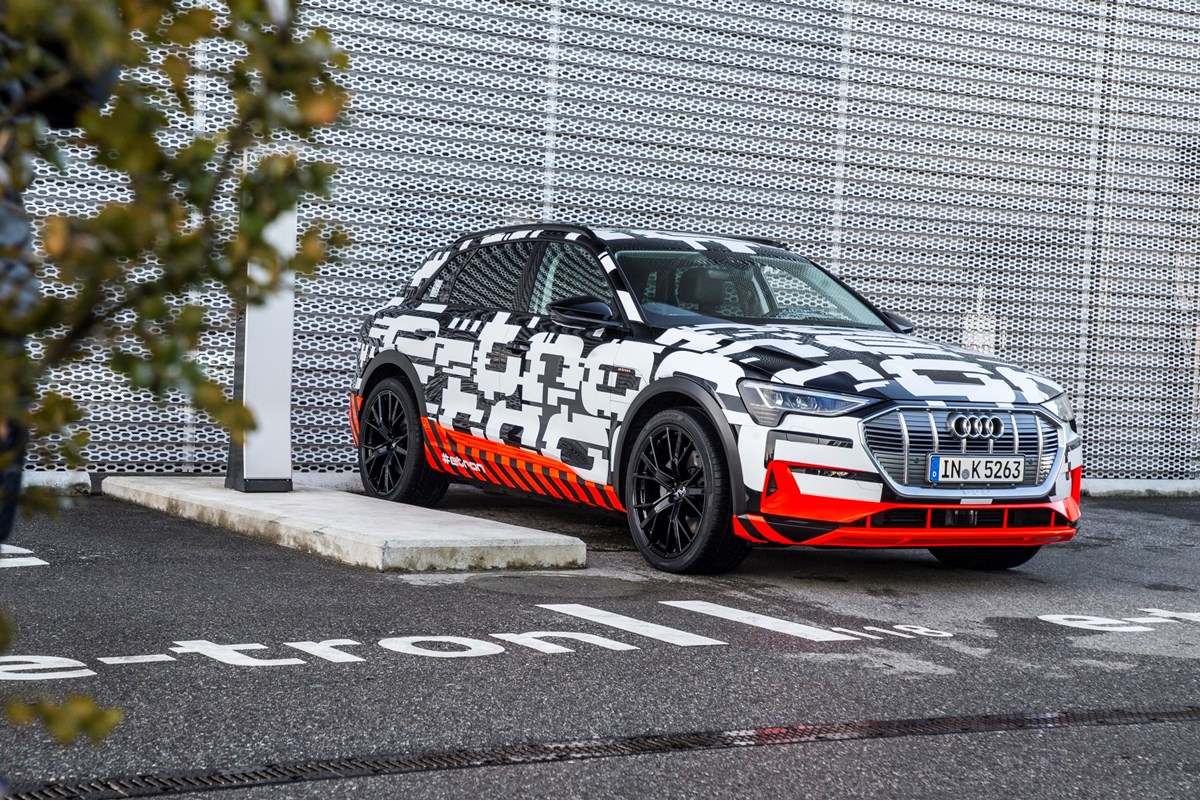 Audi has showcased the new e-tron’s recuperation technology, which can provide up to 30% more range in day-to-day driving.

A prototype version of the brand’s new electric SUV generated approximately 19 miles of range during a 19-mile decent of Pikes Peak, showing the extent of the systems ability.

When it goes on sale later this year the E-Tron is expected to offer a 248-mile range (WLTP) on a single charge.

The Audi e-tron prototype recuperates energy with up to 300Nm of torque and 220kW of electric power – more than 70% of its operating energy input.

Audi says no series production model has achieved such a value up to now.

In day to day driving the recuperation system contributes to up to 30% of the electric SUV’s range. It involves both electric motors and the electrohydraulically integrated brake control system.

In 90% of decelerations the e-tron recuperates energy soley via the electric motors.

The driver can select the degree of coasting recuperation in three stages using the steering wheel paddles.

Depending on the driving situation, the brake control system decides whether the e-tron will decelerate using the electric motor, the wheel brake, or a combination of the two.

This system allows the electric SUV to exploit its maximum recuperation potential and uses radar sensors, camera images, navigation data and Car-to-X information to detect the traffic environment and the route. The driver is shown corresponding information in the Audi virtual cockpit as soon as it would be sensible to take their foot off the accelerator pedal.

The car produces 360PS and 561Nm of torque, enough to accelerate it from 0-62mph in less than six seconds. A boost mode provides up to 407PS for eight seconds.