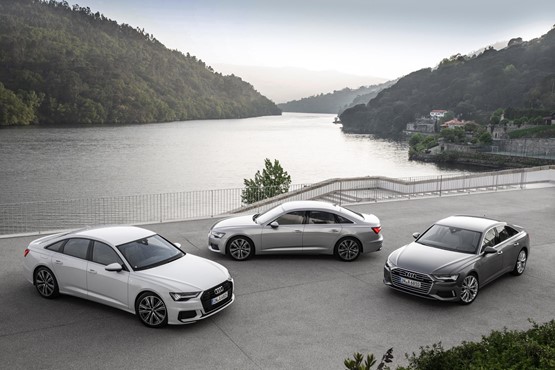 Audi has confirmed details of its more frugal four-cylinder TDI engine, available in the new A6 and A7.

The 2.0-litre unit produces 204PS and emits from 117g/km of CO2, making it ideal for business users.

All versions feature front-wheel drive and a seven-speed automatic gearbox.

The 40 TDI versions can be ordered now, with first deliveries of the A6 expected in September and the A7 due in November,

S-Line trim is also available on both models.

Audi says it has worked to ensure the engine is both torque-rich and refined.

Unlike its rivals, the new 40 TDI engine in the A6 and A7 features mild-hybrid technology.

A small electric motor is able to recover energy during braking or coasting and provide a boost during acceleration. The systems high output can also enable the car to coast with the engine off at speed up to 99mph.