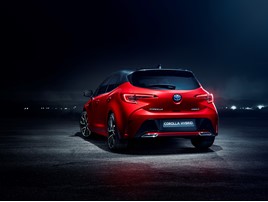 Toyota is reviving the most famous nameplate in automotive history.

The Corolla holds the record as the best-selling car worldwide and the Japanese brand has confirmed that its new C-segment models will bear the historic title.

“There is no better moment than the launch of the upcoming new generation model to reintroduce the Corolla name to our C-segment hatchback and wagon.”

The new Corolla Touring Sports wagon will have its world premiere at the Paris Motor Show on October 2, appearing alongside the new hatchback.

Both models will be presented in hybrid electric form.