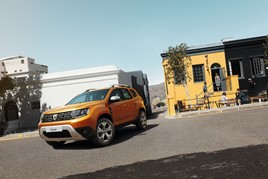 After having renewed all its diesel engines with Blue dCi on 4x2 and 4x4 versions, Dacia is launching sales of these new Duster petrol engines available on 4x2 versions and from mid-2019 on 4x4 versions.

Order-taking will begin towards the end of the year in the UK.

The brand has achieved the best first half-year sales in terms of volumes in its history. In Europe, Dacia achieved record sales for the first half of 2018 with 281,206 vehicles registered (+14.6%), and market share of 2.9% (+0.3 point). Dacia has now worked its way into the top five for retail sales in Europe.