Hyundai CEO and president Tony Whitehorn to stand down 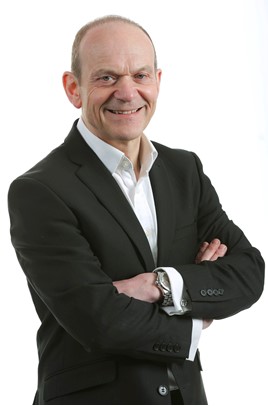 Hyundai Motor has announced that Tony Whitehorn, UK CEO and president, will step-down from his post after 13 years at the helm.

Whitehorn’s plans to leave his current post at the end of the year, but will continue in a role as an executive advisor for the first part of 2019 to assist with the transition to the new management.

Hyundai said: “We are very sorry to announce that Tony Whitehorn has decided to stand down from his role as president and chief executive of Hyundai Motor UK at the end of this year after 13 very successful years with the company.

“He will continue working for the business as Executive Advisor for the first part of 2019 to assist with the transition to the new management.”

The statement added: “A new managing director will be appointed and will be the subject of a further announcement.”

In 2011, he became the first non-Korean in the history of Hyundai Motor Europe to be promoted as president and chief executive.

During his time with the brand Whitehorn has overseen its rapid expansion in the UK, as it went from selling roughly 28,000 units a year in 2008 to 56,000 in 2009 following the success of the Government’s Scrappage Scheme.

Hyundai’s statement said: “The business has continued on an upward trajectory ever since with Whitehorn and his team guiding the company from 23rd to one of the top ten carmakers in the UK achieving sales of over 93,000 units last year (2017).”

Kia and Hyundai to launch connected services with Vodafone

Kia and Hyundai Motors have entered a new partnership with Vodafone, to provide drivers with fully-connected in-car infotainment and connected car services, including telematics.