"Hyundai has launched an updated Tucson for the 2019 model year, heralding the adoption of fuel-saving technology in a mild hybrid variant." 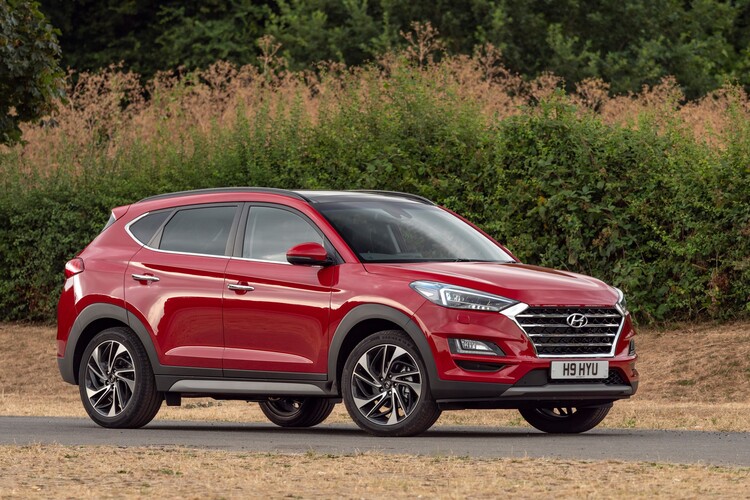 Hyundai has launched an updated Tucson for the 2019 model year, heralding the adoption of fuel-saving technology in a mild hybrid variant.

Although initially available on the 186PS four-wheel drive 2.0 CRDi diesel, where it results in a 7% improvement in fuel economy and reduced CO2 emissions (NEDC correlated), the company says it will eventually be rolled out on smaller engine diesel variants.

These, where the core of Tucson fleet and retail sales will be, are also new for the model year, with a 1.6-litre diesel replacing the 1.7 CRDi.

Under acceleration, the MHSG supports the engine with up to 12kW of power and cuts fuel consumption by reducing engine load. It switches automatically between mechanical use of the engine and energy recuperation.

The 1.6 CRDi has 115PS in its standard version with a six-speed manual transmission and two-wheel drive and CO2 emissions from 129g/km.

The high-power version has 136PS (and CO2 emissions from 125g/km), with the choice of a six-speed manual or optional seven-speed DCT auto.

Four-wheel drive is optional on the 136PS variant, and the 1.6-litre diesel is earmarked to receive the mild hybrid technology next spring, which could see CO2 emissions closer to 115g/km.

Cars equipped with sat-nav have an eight-inch navigation system, which comes with a seven-year free subscription to live services including updated information on weather and traffic.

The latest version comes with a traffic jam assistant for automatic versions called ‘smart cruise control with stop and go’, which keeps pace with traffic and is capable of coming to a complete stop and automatically moving off again when the vehicle in front pulls away.

With so many crossovers on the market, it can be difficult to gain visibility.

For what it offers the Tucson remains one of the best for value and the new features ensure it remains a desirable option.