Hyundai Ioniq updated for 2019 with telematics 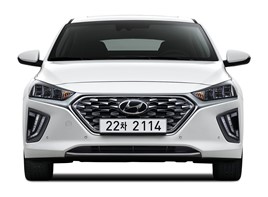 Hyundai is launching a heavily revised version of the Ioniq hybrid and plug-in hybrid.

Revisions to the Ioniq electric will be revealed soon.

In addition, the Ioniq’s design has been updated both outside and inside.

Below the screen, the control panel for the heating and climate control has been redesigned as well.

Outside, the new Ioniq is equipped with Hyundai’s cascading mesh grill and a new front and rear bumper design, creating a more refined and dynamic look.

The optional LED head and taillights have been redesigned and there are three more paint colours available – Fluidic Metal, Electric Shadow and Liquid Sand.

To improve efficiency, the new Ioniq is equipped with the world’s first ‘Green-zone Drive Mode (GDM)’ which automatically switches the vehicle’s driving module in designated areas to further run on electric power rather than the internal combustion.