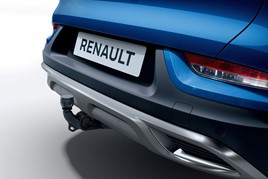 Fiat Chrysler Automobiles (FCA) has withdrawn its proposal to merge with Renault after the French carmaker’s board failed to reach a decision.

It said it had been unable to reach agreement earlier this week, because French government representatives had requested a postponement.

The French government is the biggest shareholder in Renault, with a stake of more than 15%. Nissan also owns 15% of Renault, while Renault owns 43.4% of Nissan's shares.

FCA had proposed the merger with Renault, which would save €5 billion (£4.4bn) a year by sharing development costs on technology such as electric vehicles and self-driving cars, just over a week ago.

FCA said it had become clear that “the political conditions in France do not currently exist for such a combination to proceed successfully”.

However, it said that it remained “firmly convinced of the compelling, transformational rationale” of the proposed merger.

Fiat merger with Renault proposed to save technology costs

Fiat Chrysler Automobiles proposal would save €5 billion a year by sharing development costs on technology such as electric vehicles and self-driving cars.