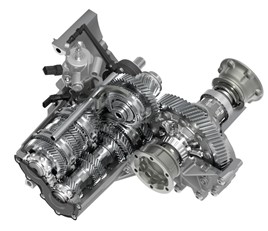 Volkswagen has developed a new manual gearbox that promises a CO2 reduction of up to 5g/km.

The MQ281 will debut in the new Passat, which is available to order now, and will feature across the Group’s range of mainstream models.

“Nobody took much notice of manual gearboxes until now,” claimed the company, in a statement. Supposedly referring to the boom in development of dual-clutch automatics, such as its own DSG units.

“However, only slight modifications were sufficient to improve efficiency and consumption with a huge impact on emissions and the environment,” VW continued.

The new transmission was developed to cope with the higher demands placed on it from SUVs with larger-diameter wheels. A growing trend, according to VW.

“With the MQ281, we have developed a highly efficient manual gearbox that reliably meets these demands – and is soon to be introduced into a number of vehicle classes in the volume segment,” said Helmut Göbbels, head of manual gearbox and four-wheel drive development at Volkswagen.

Depending on application, the gearbox can deliver savings of up to 5g/km of CO2, a crucial reduction to help combat rising company car tax rates.

As is the case with many Volkswagen gearboxes, the MQ281 is produced in-house. Ramp-up is currently underway in the factories in Spain and Argentina.

The ID3 will be available in three battery options, with a ‘real world’ range starting from around 200 miles rising to 340 miles.

Volkswagen has added a 1.6-litre diesel engine to the T-Cross line-up, taking the place as the most fuel efficient model.

T-Roc has proven itself a capable and practical car, small enough for city driving, easy to park, quiet and refined on motorways and big enough to carry four adults in comfort.