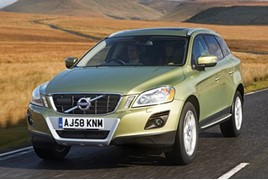 Volvo has issued a global recall for 507,000 vehicles fitted with a faulty engine component, which may catch fire in certain cases. The issue affects 69,616 vehicles in the UK.

An official statement issued by the brand today said: “Investigations by Volvo Cars have identified that in very rare cases, the plastic engine intake manifold may melt and deform on certain model year 2014-2019 vehicles with four-cylinder diesel engines. In the most extreme cases, there is a possibility that a localised engine bay fire may occur.

“The issue affects 69,616 cars in the UK. Volvo is contacting all affected customers.

“We are taking full responsibility to ensure the highest quality and safety standards of our cars.

The recall is the Swedish premium brand’s second of 2019 following a January action to remedy 219,000 vehicles – 30,000 in the UK – another faulty component which could result in fuel leaks from cracked fuel lines an another potential fire risk.

A spokesman for Volvo Cars UK said the repair work is set to be completed by the brand’s dealer network.

Registered keepers of affected vehicles will be contacted shortly, owners and drivers can also check if their car is affected by entering the VIN here.

Volvo Car UK has seen rapid growth in its true fleet sales in the first half of 2019, with registrations up 43% on last year.