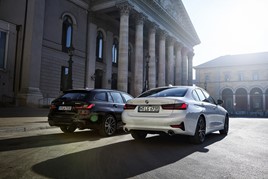 BMW is introducing a 330e Touring (estate) alongside the option of xDrive all-wheel-drive on its 3 Series plug-in hybrid.

The new variants will join the existing 330e saloon in the summer. All emit less than 50g/km.

A 2.0-litre turbocharged petrol engine combines with the electric motor to produce 252PS. The XtraBoost function, activated in the Sport driving mode, increases peak power to 292PS for 10 seconds. 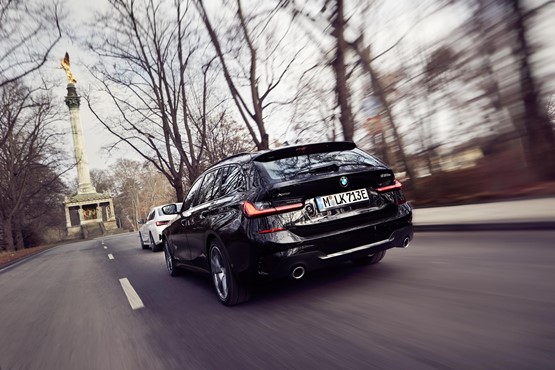 The 330e Touring is the first BMW estate to be offered with plug-in hybrid technology. With its battery located under the rear seat, the 330e Touring’s luggage compartment is only marginally smaller than in the combustion version. With the rear seat folded there is up to 1,420 litres of cargo space.

When the Electric mode is activated with the eDrive button, the vehicle can reach speeds up to 87mph drawing on the power of its eDrive alone. 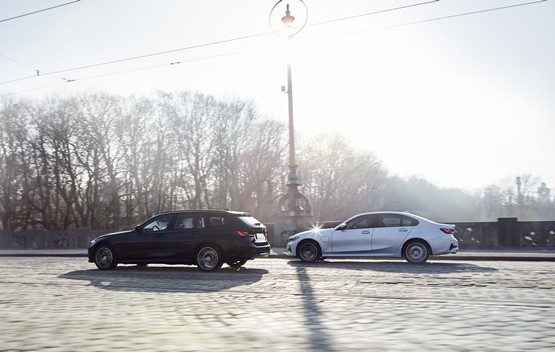 The new xDrive versions of the 330e saloon and Touring use a mechanical all-wheel-drive system that enables power from both the electric motor and the petrol engine to feed all four wheels.

All plug-in hybrid models in the new BMW 3 Series are fitted as standard with active pedestrian protection. When running on electric power at speeds of up to 19mph, an “unmistakeable sound” designed specifically for electrified BMW models is generated to alert other road users to the approaching car without impairing the acoustic comfort of vehicle occupants.

BMW will introduce a new mild-hybrid diesel engine in the 320d, reducing its CO2 emissions from 110g/km to 105g/km (NEDC correlated).