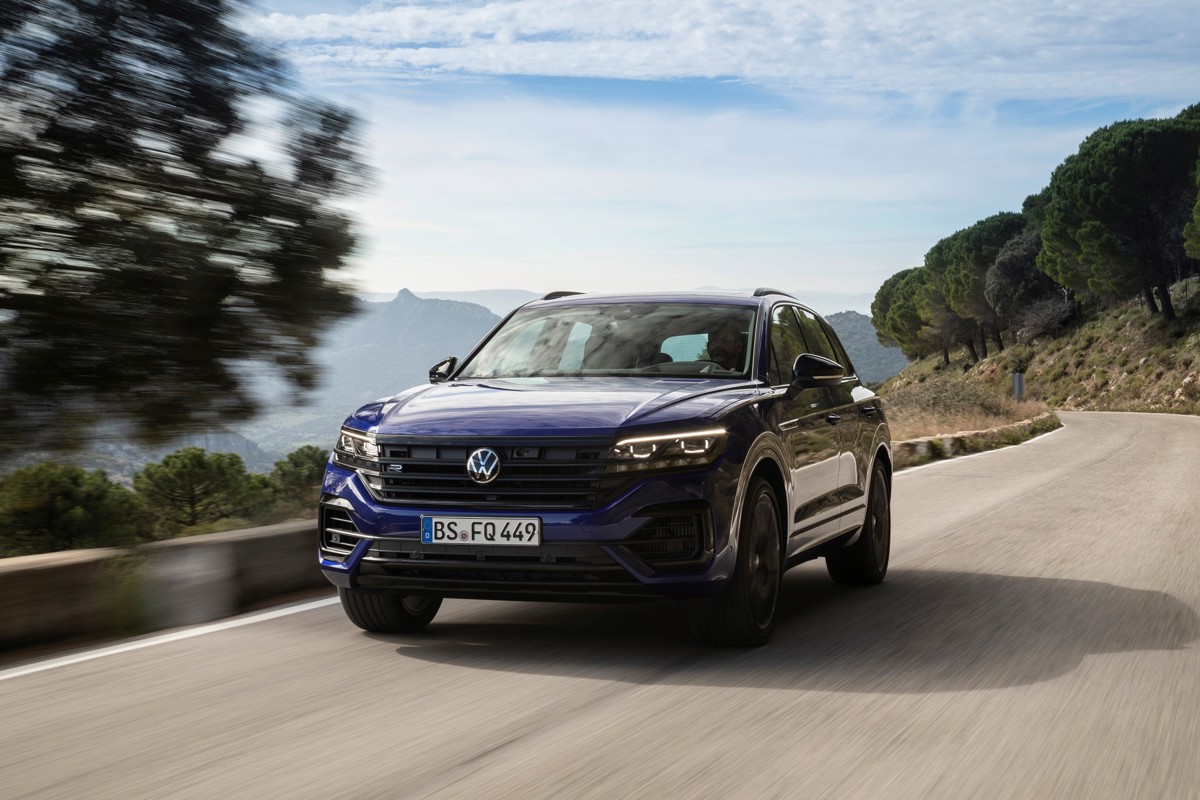 The brand says it can cover “typical commuter distances” with zero-emissions, thanks to a 14.1kWh battery.

A gearbox-mounted electric motor combines with the car’s turbocharged V6 petrol engine to produce a maximum output of 462PS and 700Nm. Power from either the engine, electric motor or both can be directed to the wheels rapidly, via an eight-speed automatic transmission.

The car can reach speeds in excess of 85mph using just the electric motor, which feeds power to all four wheels.

Whenever route guidance is active in the navigation system, the battery manager predictively takes into account road and topographical data to ensure the set battery energy is available when the driver reaches their destination. During this process, battery use is adapted on the basis of the route data in order to achieve an optimum electric range.

Fuel economy, pricing and CO2 emissions have not been confirmed, but it’s likely the Touareg R will be the most company car tax efficient model in the range.

The powertrain is borrowed from the Porsche Cayenne E-hybrid, which offers the same power output. That car emits 70g/km of CO2 and manages 70mpg.

The Touareg is also available with a V6 TSI, V6 TDI and V8 TDI.

Volkswagen has revised the Arteon line-up, adding a new entry-level SE trim with a lower P11d price for business users.

Volkswagen is now accepting orders for the plug-in hybrid Passat GTE, which is priced from £36,390.

Volkswagen has revealed the prices and CO2 emissions for some of the new Golf range, which is available to order from February 6.