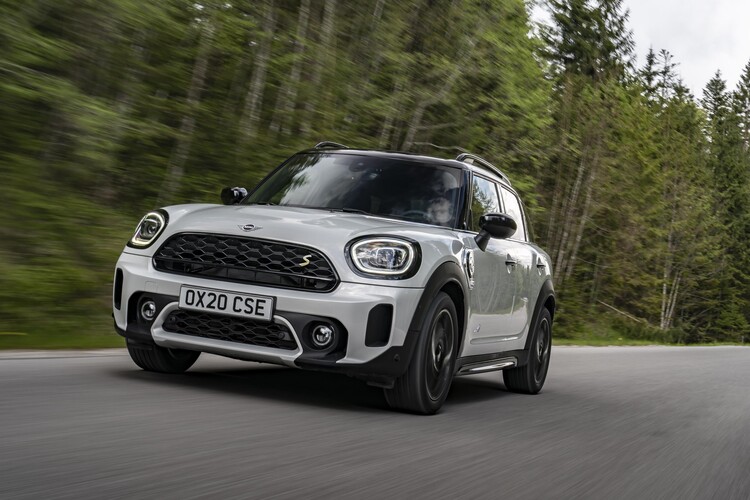 Mini has updated the Countryman with a mild facelift and the introduction of RDE-2 compliant engines.

The new model, which is available to order now, features a revised front end that includes a new grille and bumper; plus LED headlights, which are now standard across the range.

New paint finishes are also available, alongside the option to have gloss black trims instead of chrome.

Inside, there is a choice of new upholstery options and trim finishes. All models now feature the digital instrument cluster that debuted on the Mini Electric.

Practicality remains, with three individual seats that can be folded providing up to 1,390 litres of boot space.

Mini says the powertrains have been re-developed to reduce C02 emissions and fuel consumption. WLTP CO2 data is not yet published.

All4 all-wheel-drive is available across the range and is standard on the plug-in hybrid version.

Adaptive LED headlamps with variable light distribution and matrix function for high beam are available as a newly added option. In addition to the turning light, they also provide bend lighting, automatically adapting their effect to the traffic situation and weather conditions.

The standard audio system now offers streaming via Bluetooth connection and a hands-free telephone system with USB interface. The Radio MINI Visual Boost and the digital instrument display form part of the standard Navigation pack, while the Navigation Plus pack has a range of additional infotainment functions in addition to the route guidance system, as well as wireless charging for compatible mobile phones and a second USB socket.