Mitsubishi: is this just the start of auto industry disruptions? 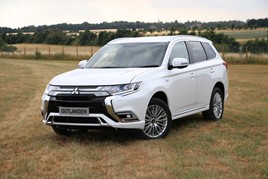 Mitsubishi’s announcement that it is exiting the UK and Europe could be just the start of major disruptions within the car industry in the wake of the Coronavirus pandemic.

The economic damage from the virus is expected to hit to car sales globally this year with a decline of about 20%. That’s on top of the challenges manufacturers are already facing as a result of having to invest heavily in new technologies.

Writing in AM Magazine, David Bailey, professor of Business Economics at the Birmingham Business School and senior fellow at the UK in a Changing Europe programme, outlined that a looming issue is how the major carmakers will respond to the crisis, as they will face a big cash squeeze as consumers postpone purchasing cars.

He said: “The crisis comes at a time when international auto markets had anyway been slowing or stagnating, while at the same time car firms are having to invest huge amounts on a raft of new technologies, especially electric vehicles (EVs). A big squeeze is effectively playing out, and scale is seen as increasingly important for car firms.

“So, the auto shut downs will weaken firms and push them further to merge and consolidate. Auto firms will review investments and what models they produce and sell, and where. Mitsubishi’s decision to pull out of Europe is a reflection not only of Alliance tensions but also of these wider industry challenges.

Mitsubishi announced it is withdrawing from the UK and Europe, confirming it will not bring any new models to the continent.

Stocks of existing models, including the popular Outlander PHEV and L200 pick-up, will continue to be sold until they no longer meet emissions regulations.

As a result of its ‘small but beautiful’ business model, it has said that it will abandon growth as a strategic goal and will focus on minimising costs and maximising profit, with the aim of cutting costs by 20% over three years.

Bailey added: “From a consumer point of view the pull out is a great shame as the firm has pioneered plug in hybrid technology in the UK and Europe, for example in its Outlander model. That technology will probably find its way into new Alliance models from Renault and Nissan.

“While the Alliance Plan had anticipated a refocusing by Mitsubishi on South East Asia, I'm still surprised that Mitsubishi is effectively leaving the UK/EU market completely - I had anticipated Mitsubishi models being assembled off the same platforms as Renault and Nissan models, and produced for example at Sunderland, so as to maximise Alliance market share in the region.

“That's off the agenda for now, although I wouldn't rule out the brand being resurrected in the UK market in this way at some point in the future.”

Mitsubishi’s exit from the UK market will be keenly felt by many fleet operators, particularly those operating the popular Outlander PHEV.