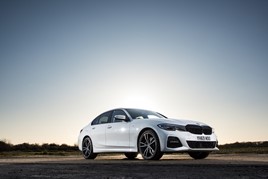 BMW has identified almost 3,000 plug-in hybrid models in the UK that could be at risk of a battery fire.

It has issued a recall and has also suspended delivery of affected new models as a preventative measure.

A total of 26,700 vehicles are said to be affected worldwide, of which around 2,930 are either with UK customers or awaiting delivery.

In a statement, the German carmaker confirmed the details of the recall. It said: “BMW Group has launched a worldwide safety recall and stopped delivery of a small number of plug-in hybrid vehicles as a preventative measure to check the high-voltage battery.”

According to the statement, particles may have entered the battery during the production process, which could lead to a short circuit within the battery cells when it is fully charged. This may lead to a fire.

BMW says it is currently working on a solution to the fault. Until a remedy is available, drivers will be instructed to not charge their vehicle, not to drive in manual or sport mode, and to not use the shift paddles.

BMW is not the only brand to face battery fire fears. Ford was forced to recall almost 21,000 Kuga PHEV models in August due to a battery overheating issue.

BMW’s X2 xDrive25e plug-in hybrid is to offer an electric-only range of 33 miles and CO2 emissions from 38g/km.

BMW is expanding its 5 Series range with a new 545e plug-in hybrid that will sit alongside the existing 530e.