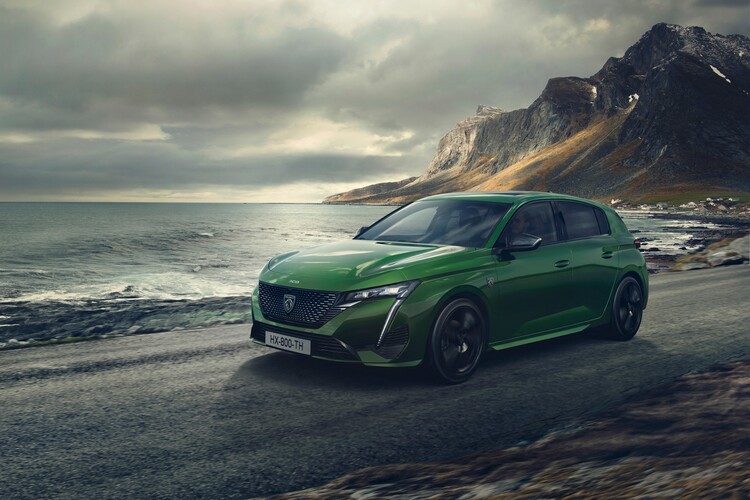 Peugeot has unveiled the new 308 ahead of its arrival in the UK later this year.

The new model will be the first Peugeot to feature the brand’s new coat of arms logo and benefits from a distinctive new look.

Plug-in hybrid engines are offered in two guises, alongside petrol and diesel options. There’s no word on an electric e-308 yet.

At launch there will be a choice of 1.2-litre PureTech or 1.5-litre BlueHDI engines, both with 130PS and eight-speed automatic gearboxes.

Both plug-in hybrid models will utilise the same 12.7kWh battery and will be available with 180PS or 225PS. The Hybrid 180 is expected to have an electric range of 37 miles and CO2 emissions from 25g/km, while the more powerful Hybrid 225 will cover 36 miles and emit 26g/km.

The 308 is longer than its predecessor, freeing up more space for rear-seat passengers. The roofline is also lower, contributing to the car’s sportier appearance.

Boot space is measured at 412 litres, while the car’s interior provides an additional 28 litres of storage in hidden compartments.

Aerodynamic efficiency plays a large part in the design of the new 308. All exterior bodywork has been specifically designed for improved airflow, with the most obvious addition being the elongated roof spoiler. 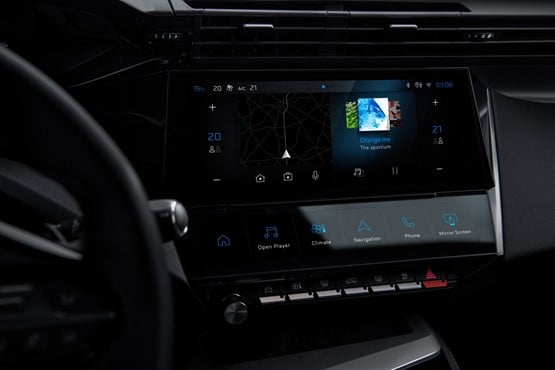 On the inside, Peugeot’s familiar i-Cockpit setup is enhanced with a new infotainment system that is linked to the digital instrument cluster. It uses a 10-inch high-resolution touchscreen and also features a voice control function with speech recognition.

An optional Drive Assist pack will combine adaptive cruise control with a stop and go function. There will also be a semi-autonomous lane changing system.

The new 308 also benefits from features such as long-range blind spot monitoring, a self-cleaning reversing camera and a heated steering wheel and windscreen.

Pricing and specifications are expected to be announced closer to the cars official launch date.

Peugeot has facelifted the 3008 and 5008, introducing new equipment and revised front end styling.

Peugeot has revealed a new brand identity and launched a new logo that celebrates its heritage and signals a shift upmarket.