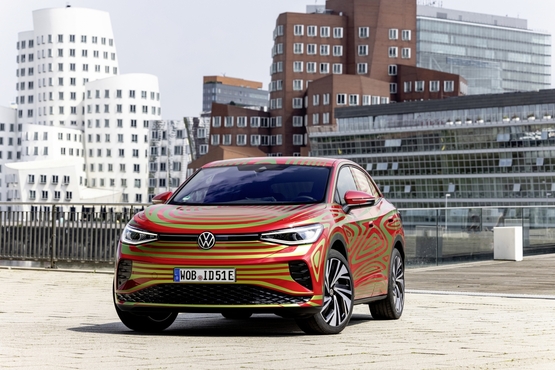 Volkswagen has confirmed that it will expand its electric vehicle (EV) line-up this year with the introduction of the ID5 SUV Coupe.

The new model, which remains partially disguised, will be showcased at the Munich Motor Show on September 7.

It’s based largely on the existing ID4 SUV and will be the second electric model from VW to be offered in a sporty GTX derivative. 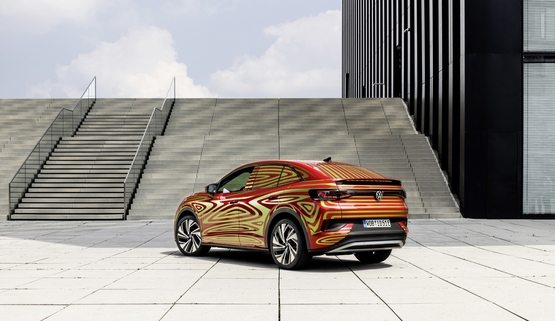 Technical details are scarce, but VW confirmed the ID5 GTX will use a twin motor arrangement and have a range of more than 300 miles.

The ID4 GTX serves up 299PS, using two motors, and has a range of 298 miles. It’s likely this powertrain will be replicated in the ID5, using the same 77kWh battery.

EVs are expected to make up 70% of VW’s global sales by 2030. Following the introduction of the ID4 GTX earlier this year, the new ID5 represents the next step in VWs electrification strategy.

It will be followed by the ID6, a seven-seat EV, which will launch in China towards the end of the year.

By 2025, the brand will introduce a smaller EV so sit beneath the current ID3.

Volkswagen has expanded the ID4 range, with a new entry-level City model eligible for the plug-in car grant (PiCG).

Whatever trim level or powertrain option is considered, ID4 is an impressive package, ticking a lot of the boxes company car drivers seek.

A consortium led by the VW Group has launched a $3.4 billion (£2.4bn) takeover of vehicle rental company Europcar.