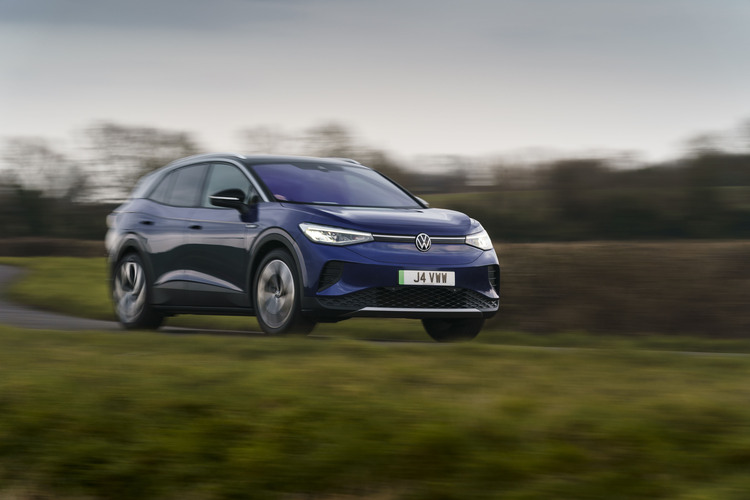 The launch of the ID3 late last year marked the debut of Volkswagen’s ID pure-electric sub-brand, and its line-up has just been doubled by the arrival of another model – the ID4.

As a fully-electric SUV, it straddles two of the hottest sectors of the new car market and, like the hatchback, it has cool looks, a funky interior and competitive pricing.

On top of that, as it is longer, wider and taller than its sibling, it offers greater practicality.

In isolation, these factors will be enough to win the ID4 plenty of fans, but its range of pricing means it should appeal to a broad spread of company car drivers.

The ID4’s P11D price starts at £34,595 for the entry-level City Pure model (still qualifying for the Government’s revised plug-in car grant), which offers a range of 213 miles rising to £49,935 for the range-topping Max Performance, which is capable of 310 miles on a full charge.

This ensures it can compete with models such as the Peugeot e-2008 and Hyundai Kona Electric at the lower end of the range, to the Ford Mustang Mach-e and Volvo XC40 Recharge P8 at the other.

We drove the limited-run 1st Edition model, and its sleek looks make it more striking in the metal than in photographs, with much more road presence than the ID3.

The interior will be familiar to anyone who has seen the ID3. It’s modern to the point of minimalist, while the quality of materials and build are high. 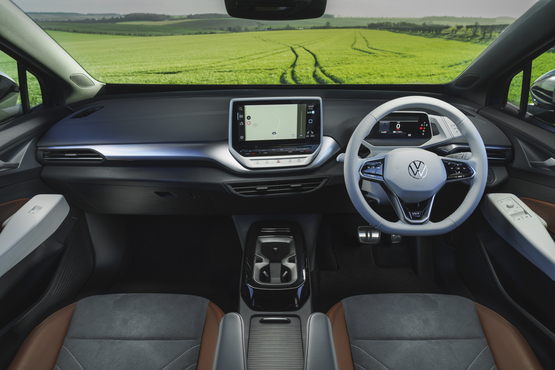 The bulk of the ID4’s functions, such as sat-nav, entertainment and driver-assist technologies, are accessed through a 10-inch infotainment touchscreen, which uses the same software as the ID3 and Golf. Highlights include Hello.ID voice control, Android Auto and Apple CarPlay.

The driver’s instrument binnacle is simple and gives you the information you need to know from a battery electric vehicle (BEV), while the gear selector is on the right hand side of the cluster.

Practicality is a strong point of the ID4. There is plenty of room for front- and rear-seat passengers, and the absence of a transmission tunnel gives those in the back a little more foot room. The boot is also a decent size at 543 litres, increasing to 1,575 when the split-fold rear seats are folded.

ID4 performs well on the safety front. It was given a maximum five-star Euro NCAP rating, with standard safety equipment across the range including a centre curtain airbag to stop passengers colliding with each other in the event of a crash, adaptive cruise control with front assist, autonomous emergency braking, driver fatigue detection and lane-keeping assist.

On the road, the rear-wheel drive ID4 offers levels of refinement and comfort you would expect from a premium SUV. It rides well, with its suspension soaking up bumps without complaint, while there is also a nice weight and accuracy to its steering. It feels nimble and agile on the roads, much more so than its SUV appearance suggests.

It also has a tight turning circle, aided by a rear-mounted motor.

The ID4 1st Edition is fitted with a 77kWh battery and a 204PS motor. We found that under hard acceleration it does not have the instant surge offered by many BEVs, but it is still decent, ensuring progress can be swift if needed.

Our test model has an official range of 310 miles and, over our time with it, we found 260 was easily achievable without trying too hard to drive efficiently. The 1st Edition’s powertrain combination is one of three offered in the range. The model is also available with a 52kWh battery with either a 148PS or 170PS motor.

The 77kWh models feature 125kWh rapid charging capability, so can take on 248 miles of charge in just 38 minutes. It will take 11 hours to charge fully from empty using a 7kW wallbox.

The 52kWh batteries can rapid charge at 100kW, adding 137 miles of range in 30 minutes, and take nine hours to fully charge from a 7kW charge point.

Between the entry-level City and range-topping Max trim levels are Style, Life and Family equipment grades, with Volkswagen expecting the latter to be the most popular.

Whatever trim level or powertrain option is considered, ID4 is an impressive package, ticking a lot of the boxes company car drivers seek. It is set to find its way on to a lot of their driveways – and deservedly so.