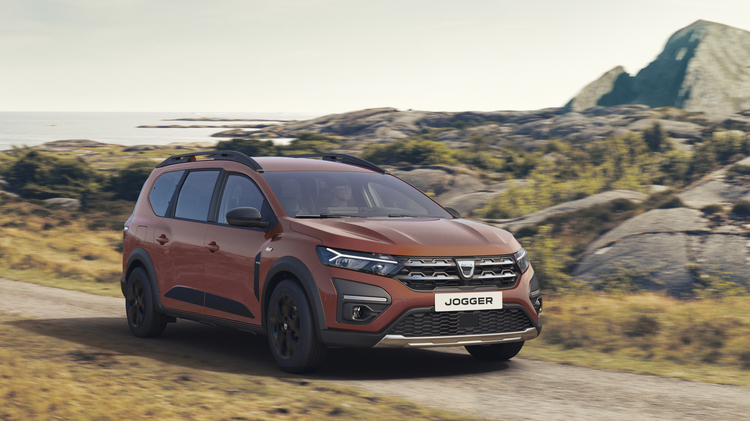 Dacia has unveiled the Jogger, a seven-seat SUV that will arrive in the UK early next year.

It’s expected to be the cheapest model in its segment, blending the practicality of an MPV with the styling of an SUV.

Initially the Jogger will be offered with a 110PS 1.0-litre petrol engine and a 100PS Bi-Fuel LPG powertrain.

A hybrid version will launch in 2023, using a 1.6-litre petrol engine and two electric motors.

Under the skin, the Jogger is based on an extended version of the platform used for the new Sandero. It has a length of 4.5 metres and 200mm of ground clearance.

An additional 24 litres of storage space is spread throughout the cabin, while second row passengers are provided with fold-down tray tables.

Dacia will accept pre-orders for the new Jogger in November, when pricing and specifications will be announced, ahead of its arrival in Q1 2022.

The New Dacia Sandero and Sandero Stepway have been given best-in-class residual values by Cap.