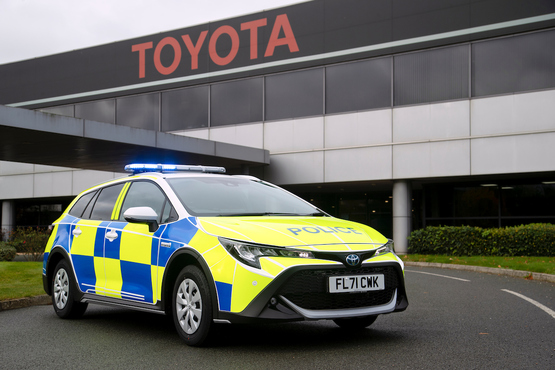 Toyota has developed a bespoke police patrol car based on the Corolla Touring Sports, in partnership with Derbyshire Police.

Damage caused to police cars from having to drive over speed humps or high kerbs was a particular consideration for the force. Toyota responded by taking the Corolla Trek – a special version of the Touring Sports estate model – and fitting it with a rough-road pack, raising its ride height so there’s less risk of damage to the body and wheel arches.

Terry Hitchcock, Derbyshire Police’s fleet manager, said: “Derbyshire Police appreciate the opportunity to operate this locally built bespoke product, it will be used for operational purposes within South Derbyshire.  We are looking forward to seeing how the vehicle performs in this role, particularly with the hybrid power as we start to move away from the traditional standard diesel and petrol cars.” 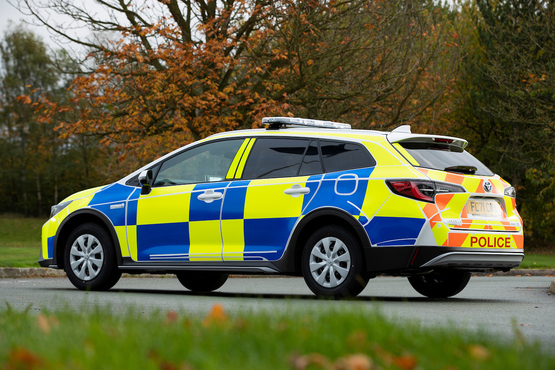 Police cars are some of the hardest-worked vehicles on the road, with the demands of round-the-clock service, every day of the year. The finished Corolla is now ready for the police to evaluate with road tests and Toyota will continue to maintain the vehicle and obtain performance data and user feedback to help plan future improvements.

Richard Kenworthy, Toyota Manufacturing UK (TMUK) managing director, said: “We have had a good relationship with our local emergency services for 30 years, so when Derbyshire Police approached us requesting a vehicle that could respond to their requirements we were more than happy to investigate solutions.

“Working in collaboration with our colleagues at Toyota GB, TMUK is continually exploring and developing additional products and services that we can offer to meet the needs of customers in both the public and private sector.”

Toyota will expand the Corolla range in 2022 with a new Commercial variant. A development of the Corolla Hatchback model, this addition to the growing Toyota Professional range of commercial vehicles will be the UK’s first full hybrid electric van model.

Toyota demonstrates Corolla to Police forces across the UK

Toyota is hoping to expand its fleet sales in the public sector by supplying regional Police forces with Corolla patrol cars.

Seven police forces have already either tested or requested an evaluation of the Ford Mustang E-Mach police car concept.