UK car manufacturing at lowest for more than a decade 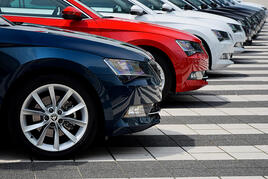 UK car production fell by 20.1% in January – the worst start to the year since 2009 – with 68,790 units built, according to new figures from the Society of Motor Manufacturers and Traders (SMMT).

Output was down 17,262 units compared to January 2021, which itself was one of the worst Januarys on record when volumes were impacted by friction in the new post-Brexit trading arrangements, extended shutdowns and the pandemic.

The SMMT says that several factors conspired to drive year-on-year production down still further in January 2022.

Key is the continuing global shortage of semiconductors, exacerbated by the loss of volume arising from the closure of Honda’s Swindon plant in July 2021 and production variations caused by the changeover of some popular models.

“The UK automotive manufacturing industry is, however, fundamentally strong and recent investment announcements are testament to the potential for growth, not least in terms of rising EV production.

“Long-term recovery can only be delivered, however, if global competitiveness is assured and for that we must address both inflationary and fixed costs, most obviously escalating energy prices, but also fiscal and trading costs.

“Every measure must be taken if we are to secure a bright, electrified future for our world-class automotive manufacturing base and the high skilled, high value jobs it creates across Britain.”

SMMT figures show that battery electric vehicles (BEVs) now account for one in 11 cars made in the UK, as their production rose 37.6% to 6,326 units.

Including plug-in hybrids and hybrids, electrified vehicles accounted for more than a quarter of output (27.4%, up from 25.4% in 2021).

Production for both overseas and domestic markets was down year-on-year, by 17.5% and 30.8% respectively, as exports accounted for more than eight in 10 cars made.

Richard Peberdy, UK Head of Automotive at KPMG, said: “Overall volumes are still lower than pre-pandemic and will remain so until chip supply shortages are resolved.

“But car manufacturers will be pleased that 2022 has begun with healthy demand for the vehicles they are producing, much of which are higher-margin models.”

He continued: “The start of 2022 has certainly provided car makers with more confidence than this time last year in the industry’s ability to avoid paused production lines, closed showrooms and staff isolating.

“But they will be pondering whether the cost of living squeeze, which includes rising fuel prices and energy costs, begins to slow the demand that currently outpaces supply.

“Manufacturers are also coming under their own inflationary pressures, with the challenge of how to absorb those, or pass them on to already squeezed consumers.

“The industry also faces the familiar challenge in the year ahead of ensuring the next generation of skilled employees is coming through.”

Reflecting the challenging start to the year, independent expectations for UK car production have been revised downwards from the autumn outlook by 2.4%, to approximately 979,000 units for 2022, although this would still represent a 14.4% increase on 2021’s outturn, despite the loss of some OEMs and some car production facilities switching to LCV production.

However, the future of electric vehicle production is more positive, following confirmations from several manufacturers to expand EV production in the UK.

Longer term, car production is expected to exceed one million units from 2023 onwards and surpass 1.1 million in 2027. 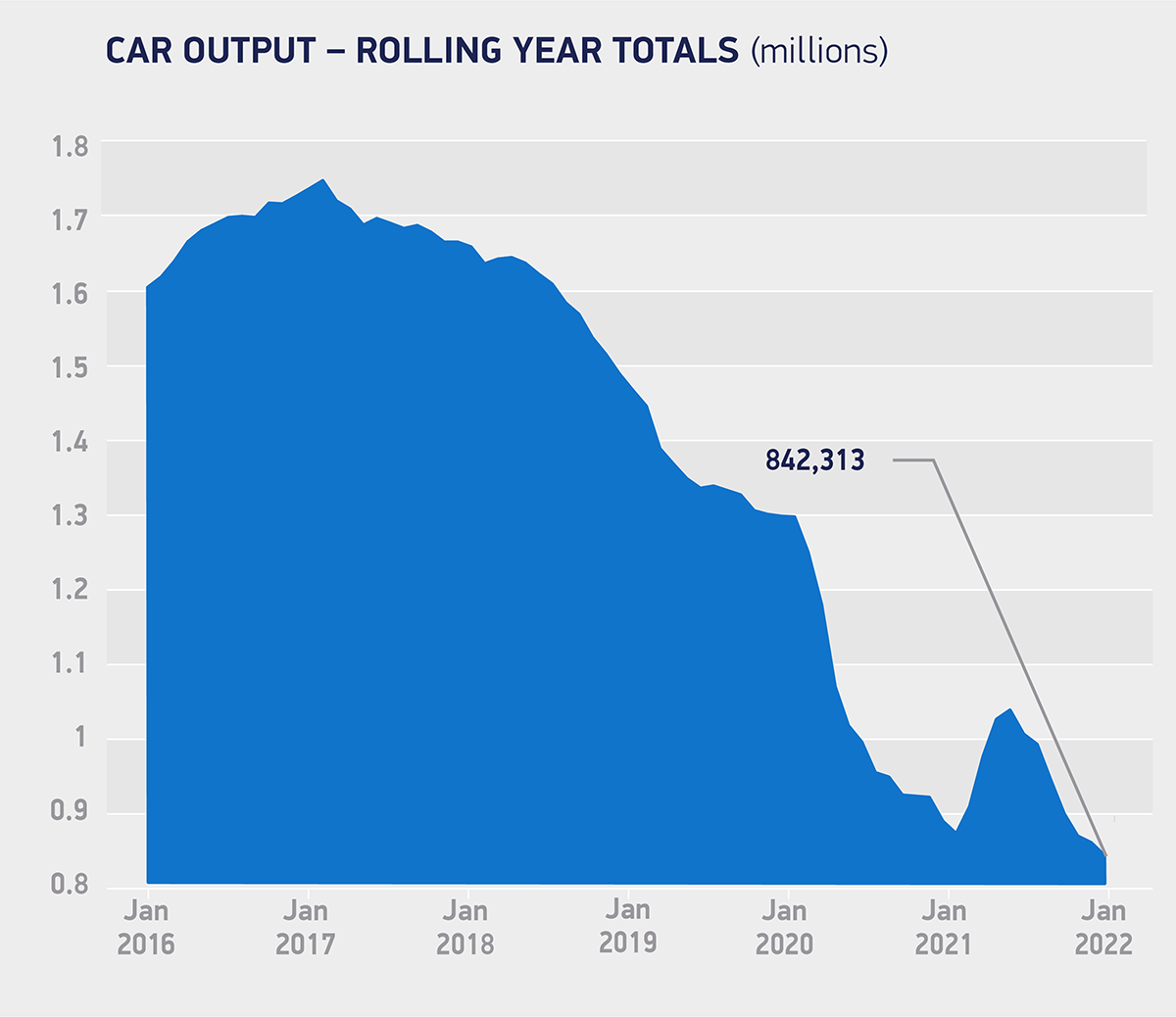 Hyundai is predicting that the global semiconductor shortage will ease from Q2, allowing vehicle production to rebound in the first half of this year.